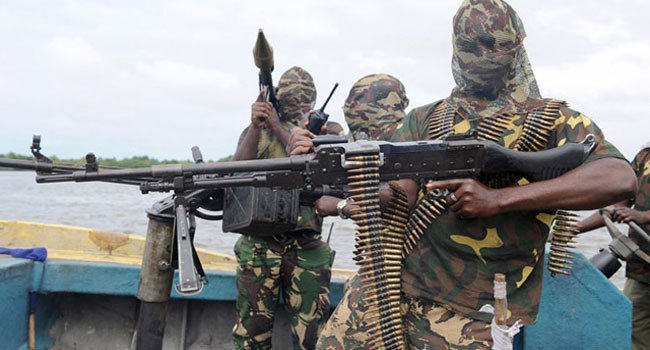 Militants in the Niger Delta under the auspices of the Coalition of Niger Delta Agitators have threatened fresh actions against the interest of the Nigerian government in the region if the country is not restructured. A statement signed by the leader of the Niger Delta Watchdogs, Mr John Duku, in Uyo on Saturday noted that the threat became necessary following many anti-democratic actions by the Federal Government and the All Progressives Congress.

He said, “After carefully studying the recent political development in Nigeria in general and the Niger Delta in particular, the Coalition of Niger Delta Agitators hereby wishes to state as follows:

“We hereby condemn the recent freezing of the Akwa Ibom State Government Account by the Economic and Financial Crimes Commission and we view it as an act of intimidation by the agent of the Federal Government and the APC in order to weaken the smooth running of government in the Niger Delta state. “We hereby warn the EFCC and other agents of government to desist from this act of official recklessness and breach of the constitution.”

He described as regrettable an alleged use of the EFCC as a tool to fight perceived political opponents, instead of carrying out its constitutional duties without bias as stipulated in the constitution.