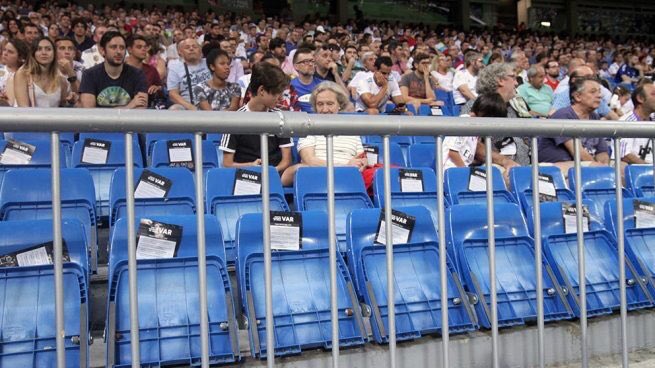 Goals from Dani Carvajal and Gareth Bale against Getafe got Julen Lopetegui’s side off to the perfect start in the 2018-19 La Liga season, but the lack of home fans was as conspicious as the absence of their former talisman.

Just 48,466 people came through the turnstiles for the first home game of the season, which should have attracted both hardcore fans and football tourists to see some of the biggest names in world football.

The last time, Real played in front of such a paltry Santiago Bernabeu crowd was the final home game of the 2008-09 season, which came during a five-game losing streak that was started by the historic 6-2 Clasico defeat to Pep Guardiola’s Barcelona, who had both Thierry Henry and Lionel Messi scoring braces.