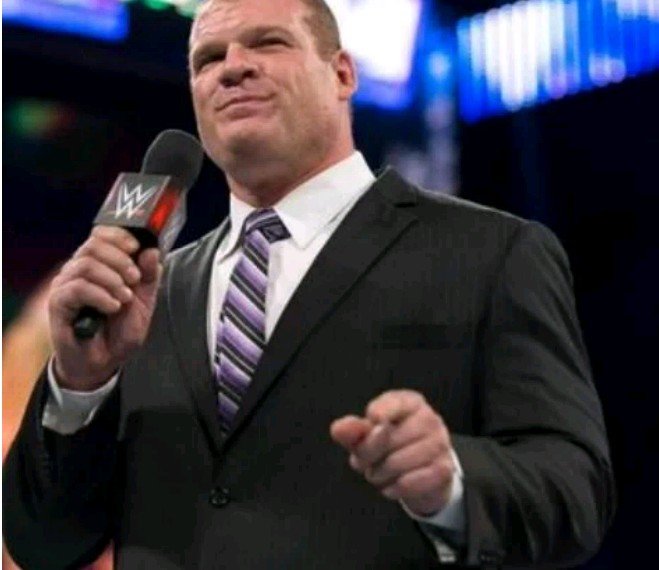 WWE superstar, Glenn Jacobs popularly known as Kane has won an
election to become the next mayor of Knox County in Tennessee,
and it wasn’t all that close.
According to reports, The Big Red Machine secured nearly two-
thirds of the more than 80,000 total ballots cast, a much easier
victory than his primary win over fellow Republican Brad Anders,
who fell short by just 23 votes.
Jacobs, 51, has been a resident of Tennessee for more than 20
years. In addition to competing in the WWE during that time, Jacobs
and his wife operate a local insurance and real estate company,
according to ESPN .
WWE 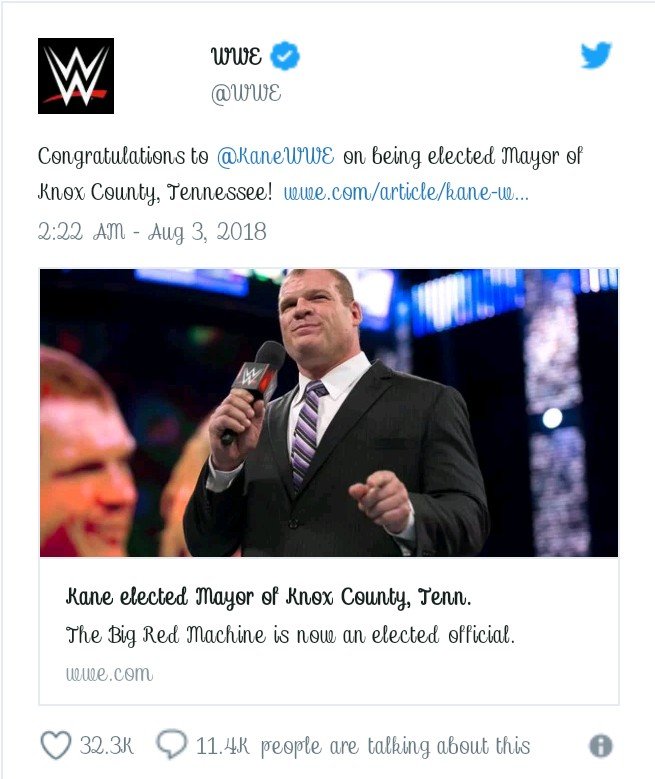 While Kane is officially slated to take over as mayor of Knox County
on September 1, he has not ruled out a return to the ring in the
future. Over the course of his decorated WWE career that started in
the early 1990s, Kane has held nearly every title including World
Heavyweight Champion, Intercontinental Champion, Tag Team
Champion and Hardcore Champion.
His most recent WWE appearance came at the Extreme Rules PPV
last month, where he teamed up with Daniel Bryan against
Smackdown Live Tag Team Champions, The Bludgeon Brothers.