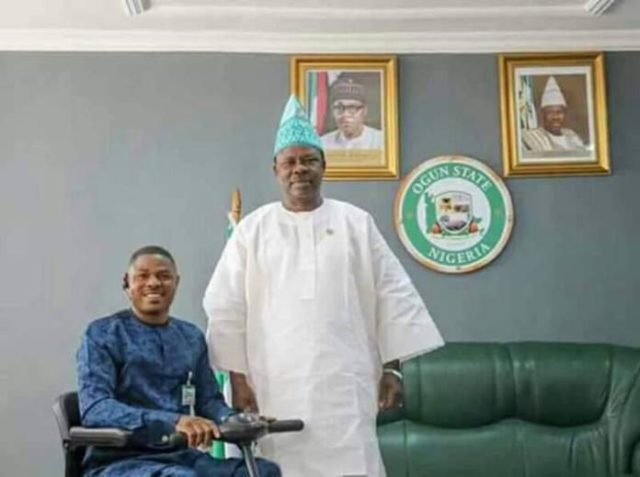 Just some few days after the Oyo State Government demolished his radio station at Music House in Ibadan, popular Nigerian musician, Yinka Ayefele, has relocated the Fresh FM to Abeokuta, Ogun State. Ayefele was received in the state by Governor Ibikunle Amosun. Oyo State government early on Sunday morning demolished the Music House that was home to the radio station, along Challenge Road in Ibadan, with the claim that the building was constructed along the road and actually obstructs vehicular movement.

The order to demolish Ayefele’s Music House was initially denied by the state government, with the governor Abiola Ajimobi stating that he was not aware of the planned demolition.

However a statement released later by the government listed the faults of the owners of the building.

Johnson Olumide - March 21, 2020 0
Endowed Nollywood actress, Inem Peter is all ready and prepared to walk down the aisle with the man of her dreams, but he is...

The Duke of Sussex and Game of Throne star Kit Harrington answer calls for...

Violette - May 12, 2020 0
‘John Snow’ of popular TV series, Game of Thrones' named Kit Harrington, has answered the phone while taking part in the 15th annual BGC...

Violette - July 10, 2018 0
Ceec took to her instagram page to wish her fresh air and fellow housemate, Leo DaSilva a happy birthday with a video suggesting that...