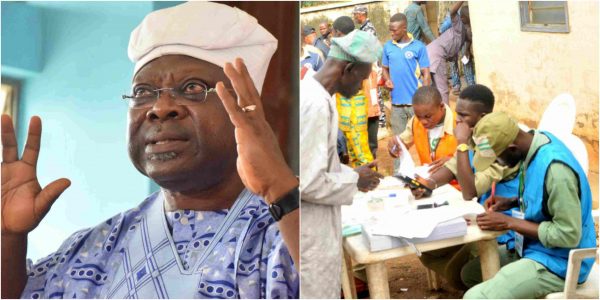 Senator Iyiola Omisore has stated that his Social Democratic Party, SDP will support the ruling All Progressives Congress, APC in the Osun re-run election set to hold today, Vanguard reports. 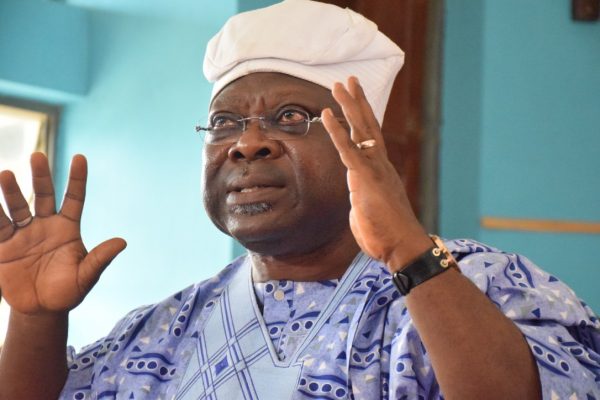 Omisore announced this in Ile-Ife yesterday, in an interview with journalists. It was the first time he was giving a hint into the electoral arrangement with the APC.

“We have accepted to support the APC for victory in the rerun election tomorrow and thereafter form a coalition government,” he said. The announcement formally shut the doors of collaboration with the Peoples Democratic Party candidate, Ademola Adeleke.

Omisore dumped the PDP after high level talks with the leaders of the APC in Ile-Ife. The APC delegation, which comprised the party chairman, Adams Oshiomhole and four governors, Ajimobi, Ganduje, Amosun and Badaru, including governor-elect Kayode Fayemi and minister of information and culture Lai Mohammed.
The Social Democratic Party governorship candidate in Osun State, Senator Iyiola Omisore, has said that what is paramount to him is the practice of true democracy, good governance and accountability in Osun State.
This is coming after over 72 hours of being pressurised by the leadership of the People’s Democratic Party and the All Progressives Congress ahead of the rerun election in the state.
READ ALSO
Two persons injured from gunshots accidentally Discharged by a Travelling Security man at Murtala Mohammed airport Lagos

READ ALSO – Tension in Jos over death of herdsmen

Johnson Olumide - February 17, 2020 0
The Executive Producer of the popular TV Series Power, 50 Cents showed off his toned body after hitting the gym recently. The 'Candy Shop' hitmaker posted this...

Johnson Olumide - April 15, 2020 0
The other musicians getting multiple nods at the upcoming AMAs include Ed Sheeran, Drake, The Weeknd, The Chainsmokers and Halsey. and if you are...

Violette - July 1, 2020 0
One of the talented musician and hip hop singer Burna Boy has a spot in BET Awards. BET awards aren't for the lazy artiste or...