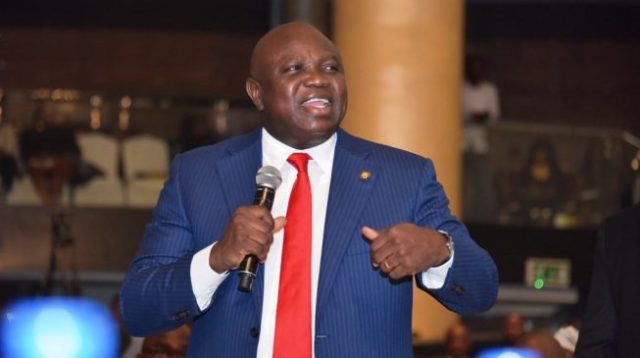 Lagos Governor Akinwunmi Ambode reportedly broke down in tears and he’s been in low spirits since the day he picked up the APC governorship nomination form, a source at the Lagos State Government House in Alausa disclosed to Pulse. 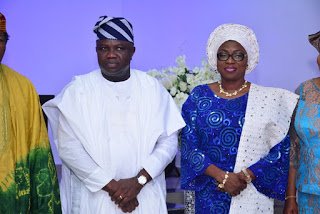 Mr. Babajide Sanwoolu has emerged the handpicked candidate of APC kingmakers in Lagos, and he’s been anointed the preferred candidate to unseat Ambode during a primary election exercise slated for September 29, 2018.

Ambode was very sure of a second term in office before a dizzying spate of events in September made him sink into his office chair in agony, on occasion.

Two former Commissioners in Lagos, Obafemi Hamzat and Sanwoolu, picked up their respective nomination forms on the day Ambode was acquiring his, throwing the race for Lagos government house open.

Ambode in a battle for his life

If Ambode had been in the good books of godfather Bola Tinubu or other power brokers in the APC, an indirect primary would have been settled for and he would have been handed an automatic ticket.

“The fact that they are making him go through the primaries with other aspirants in a state like Lagos, shows you that they want to humiliate him”, Prince Abeng, a political pundit, submitted.

One top ranking official in Lagos State government set-up told Pulse that Ambode’s mood swings are now more frequent than there have ever been and that the governor isn’t holding back the tears.

“We saw him shedding tears the other day. He even drove himself out of government house, something he’s never done”, the source disclosed.

Pulse was also told that Rivers Governor Nyesom Wike rang Ambode to offer him the PDP governorship ticket in Lagos.

Pulse has been unable to independently verify these stories from our sources, as neither Chief Press Secretary to Governor Ambode, Abib Haruna nor Commissioner for Information in Lagos, Kehinde Bamgbetan, picked up their phones.

An email sent to Bamigbetan on the intrigues in the politics of Lagos APC, has also not been replied, days after.

One aide in Alausa, the seat of government in Lagos, describes Ambode’s mood these days as “crestfallen, somber and a tad dejected”.

When Sanwoolu formally declared for Ambode’s seat on Sunday, September 16, 2018, all of Tinubu’s loyalists in Lagos, including Senator Gbenga Ashafa who represents Lagos East in the upper legislative chamber, were in the audience to cheer him on with chants of “incoming, incoming!”

Sanwoolu enjoys Tinubu’s backing and is being galvanized by the Mandate Movement—a grassroot assemblage that answers to Tinubu.

All 57 council chairmen in Lagos have also endorsed Sanwoolu who promised to restore work on a 25-year masterplan once he is elected.

Ambode resumed duties as Lagos governor for a first term in office on May 29, 2015.