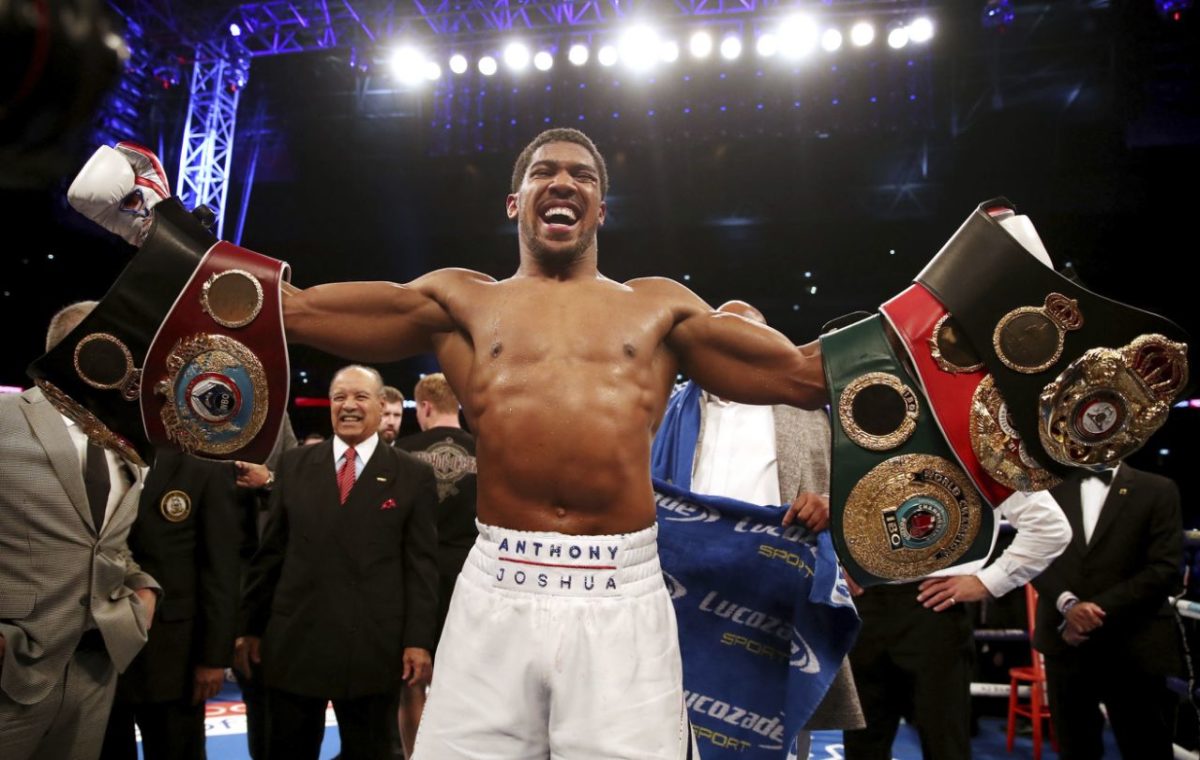 Anthony Joshua, returning to the arena where he knocked out Ukrainian Wladimir Klitschko in April, 2017 to become a unified heavyweight world champion, was given a hero’s reception by the almost capacity crowd.

However, early on it was the smaller challenger who appeared the more inspired by the occasion, despite the constant boos and jeers from the partisan crowd.

Povetkin caught the Briton late in the first round with an uppercut on the nose.

Both men had won Olympic gold medals, but it was the youthful energy of the 28-year-old Joshua which proved decisive as Povetkin visibly tired halfway through the contest.

Joshua began dictating with his movement from the fourth round and started to find his range with his right hook.

READ ALSO
Messi: This Hasn't Been My Best Copa

That was what did for Povetkin, the WBA mandatory challenger, in the seventh when a fearsome right-hander from Joshua landed square on his jaw and sent the Russian to the canvas.

He got back to his feet but not for long as an onslaught of punches from the champion led referee Steve Gray to intervene one minute and 59 seconds into the round and give Joshua his 21st win by knockout.

“Povetkin is a very tough challenger, he proved that tonight with good left hooks and counter punches,” Joshua said from inside in the ring.

“I came in here to have fun, and give it my best, I knew he was strong to the head but weak to the body. I was just mixing it up.

“It could have been seven, maybe nine, maybe 12 rounds to get him out of there. But the ultimate aim was to be victorious.

“I got my knockout streak back,” he added, having been taken to 12 rounds for the first time in his previous fight against New Zealand’s Joseph Parker in Cardiff in April.

The fight is the first of a two-match deal Joshua has agreed to stage at Wembley Stadium, with the second due to take place in April next year.

However, his plan to become the undisputed world heavyweight champion may have to wait a little longer.

Violette - February 1, 2021 0
Former Big Brother Naija housemate Leo Dasilva has stated that it won't be compulsory for his future wife to take his last name when...

James Brown shows off his father as he celebrates his birthday, see how Nigerians...

Johnson Olumide - January 3, 2022 0
Controversial Crossdresser James Brown earlier today took to his Instagram page to celebrate his father who turned a year older today. According to him, His...