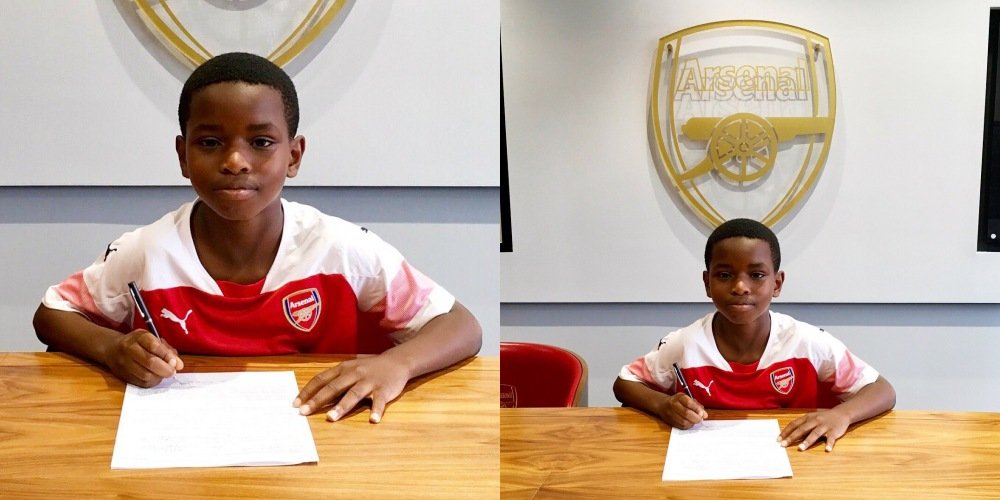 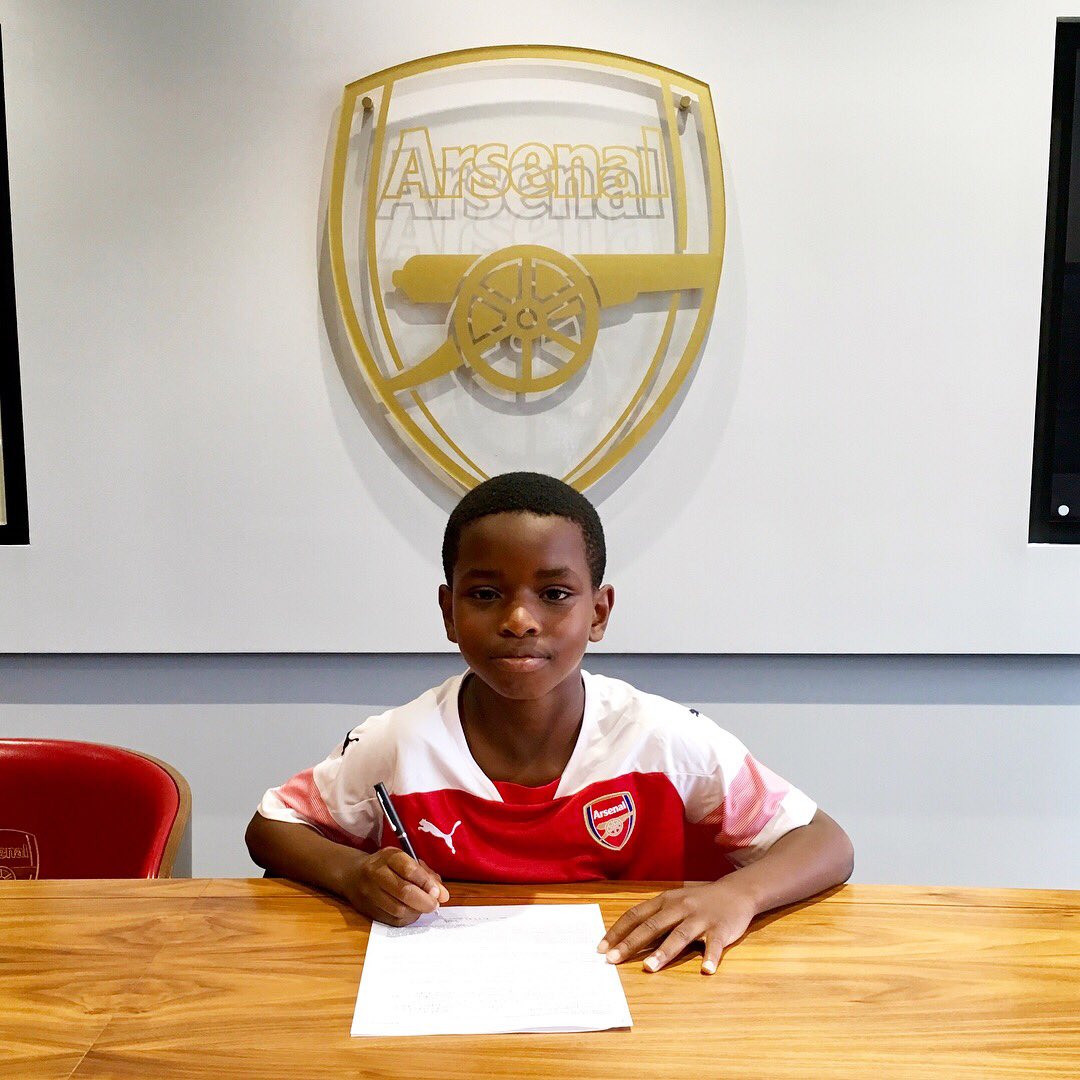 Jayden Adetiba, who was born in Nigeria and has lived in the UK, is an Arsenal fan and was pictured signing youth terms by his father John.

His excited father wrote alongside the picture of his son sitting at a table in front of the Arsenal crest in a Gunners shirt; “The little man joins the big club!!”

Adetiba has spent most of his life in South Africa and has been playing for the SuperSport United Soccer School, but he has still maintained a keen interest in Arsenal.

“I thank God and my parents for this,” Adetiba told The Sun. “I am very happy. I train three times a week at the academy and we have a match at the weekend.

“The amazing thing is, I have always been an Arsenal fan and I will work hard every day to make the first team.”

“Ronaldo because of his hard work, and Iwobi because he was at the Arsenal academy at the age of seven and now plays for the first team,” he added.

Adetiba’s two older brothers are also promising footballers, with the oldest recently signing for Ebbsfleet United Academy and the other joining a local team.