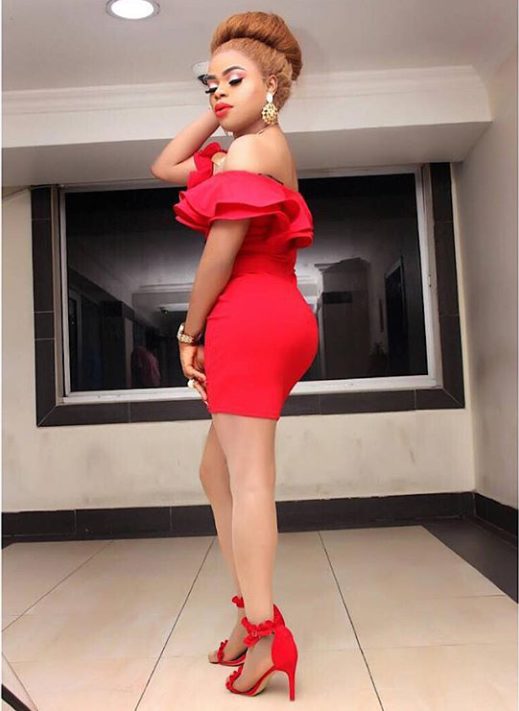 Popular cross-dresser Bobrisky has fired back at Nina after she asked him to come get the phone he and Tonto Dikeh bought for her after the Big Brother Naija show.

It seems Bobrisky is not only willing to receive the phone, he wants the human hair he bought for her as well as the entire cost of campaigning for the reality TV star while she was in the house.

Check out what he wrote here;

Hey Nina or wat is your name? I never wanted to address anything about you on my page because have noticed how ungrateful u are but is fine. Don’t forget I’m an ambassador, I know wat our hair look like. Dis is your second attempt putting up our hair up for sale as ur hairline on ur page. I bought that hair for u wen u newly come out from the house so as to change the braids u brought out of d house.

Now I’m called many names from your so called fans. Dis same people are the goats who said u are DUMB that u cannot win big brother that I should go and sit down somewhere, where were u and dis fools talking wen the lady handing ur page and i walked from university of Lagos to Yaba tech to create an awareness for u?

Oh then u were busy kissing and fucking miracle then Abi, you are all mad. U are telling me u haven’t use the phone that u can still return it I hope they told u how much I spend on u while u were inside the house, you can as well send them back too I swear I will gladly collect it because is my money bobody father gave me.

My dear I don’t fucking need ur penny or any phone from u. The fact still remains u are an ungrateful soul. And wat got me pissed is that u still have the gut to put up our hair for sale as ur hair. Pls I made it clear to people I’m done with u and I don’t want to have anything to with u anymore. I’m free to decide who i wanna talk to and who I don’t wanna talk too.

So fuck ur fans coming at me to say shit!!!! I’m fully ready for any motherfucker who come say shit to to me. Let them spend one quarter a million (700,000) in T-shirt and recharge cards to help someone they don’t know before and the person show ungrateful act and let see if they wanna move close to the person again. Rubbish

READ ALSO – Nicki Minaj warns Cardi B, says she will die if she keeps attacking people