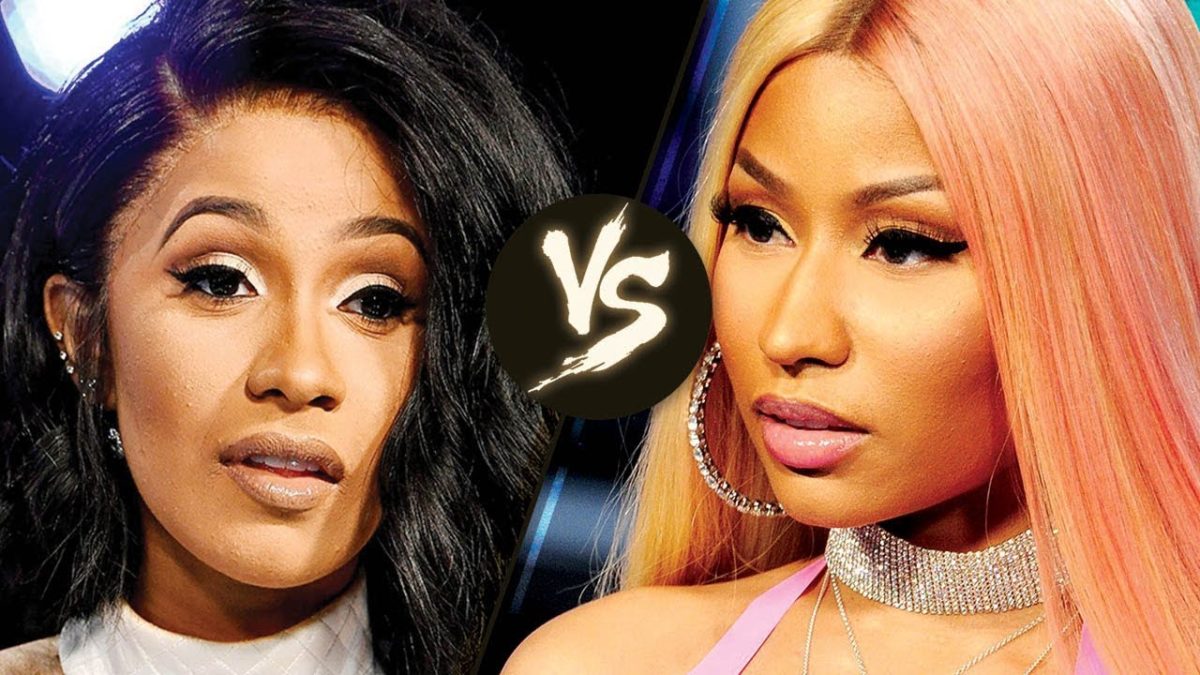 Rapper Cardi B has declared war with Nicki Minaj after their brawl on Friday night (September 7) at a Harper’s Bazaar party during New York Fashion Week.

The record-smashing rapper was involved in an altercation with Nicki Minaj’s friend Rah Ali, who co-starred with Cardi on Season 6 of Love & Hip Hop: New York.

In the early morning hours of Saturday (September 8), Cardi took her grievances to Instagram and aired out her beef with the self-proclaimed Queen of Rap.

Cardi B and Offset make out in raunchy video on Instagram

“I’ve let a lot shit slide!” she begins. “I let you sneak diss me, I let you lie on me, I let you attempt to stop my bags, fuck up the way I eat! You’ve threaten other artists in the industry, told them if they work with me you’ll stop fuckin with them!! I let you talk big shit about me!! I addressed you once in person, I addressed you a second time in person, and every time you copped the plea!!

“But when you mention my child, you choose to like comments about me as a mother, make comments about my abilities to take care of my daughter is when all bets are fuckin off!! I’ve worked to hard and come too far to let anybody fuck with my success!!!!”

She concluded by calling out Nicki for being nothing more than a studio gangster.

“Bitches talk all that shit in they raps but in real life they pussy!! This shit really is for entertainment!!”

Johnson Olumide - April 28, 2018 0
Nigerian dancehall artiste, Cynthia Morgan is about to be kicked out of her Omole apartment by her landlord for failure to pay rent. The singer...

Adedokun Moses - January 10, 2020 0
Popular model, entrepreneur and chef, Chioma has taken to her Instagram Page to celebrate the birthday of her sister with an heartfelt message. Chioma who...

Adedokun Moses - December 13, 2019 0
Award winning singer, Zlatan Ibile has shared his opinion about the rise of Mavins Record new sensation, Rema who asked where he would have...

Adedokun Moses - January 10, 2021 0
Multiple award-winning singer and songwriter Wizkid has been called out on social media over the type of car his 1st baby mama Shola Ogudu...

I feel so lucky – Bella Hadid thanks boyfriend The Weeknd

Johnson Olumide - October 17, 2018 0
Super model, Bella Hadid who celebrated her 22nd birthday with friends and friends, in New York also penned down an emotional post to her...