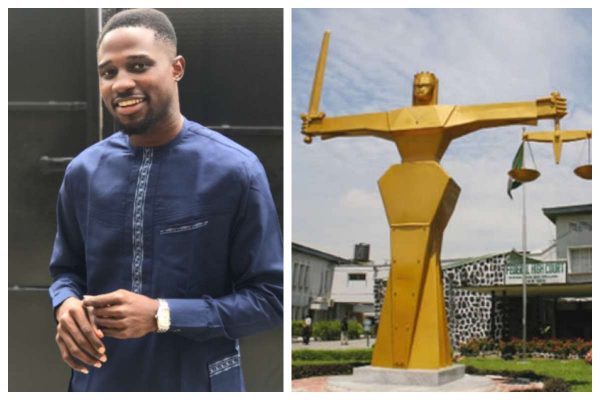 A student of Covenant University, Ota, who was framed up and expelled after spending 5 years in school has won his court case against the institution.

The student identified as Adooh Emmanuel took the institution to court and won, well, he didn’t stop at that as he went on to expose a lot of things about the university.

In a Twitter thread which has now been taken down, the vindicated student revealed that he was expelled after he was done writing his final exams and his project.

That’s after spending 5 years in the institution.

After his expulsion, everyone told him he couldn’t win the case in court because others before him have tried and lost. The school allegedly also boasted of the same thing.

Subsequently, his father involved SAN Falana and they were able to win in court.

Afterwards, he took to Twitter to expose things going on in the institution. He even called names and exposed the Twitter handle of one of them. He, however, mentioned that Bishop Oyedepo has nothing to do with the corruption going on there, instead, it is the fault of the people he left in charge.

Though he deleted his tweets, stating that his sister asked him to, it had already been captured by Thread Reader.