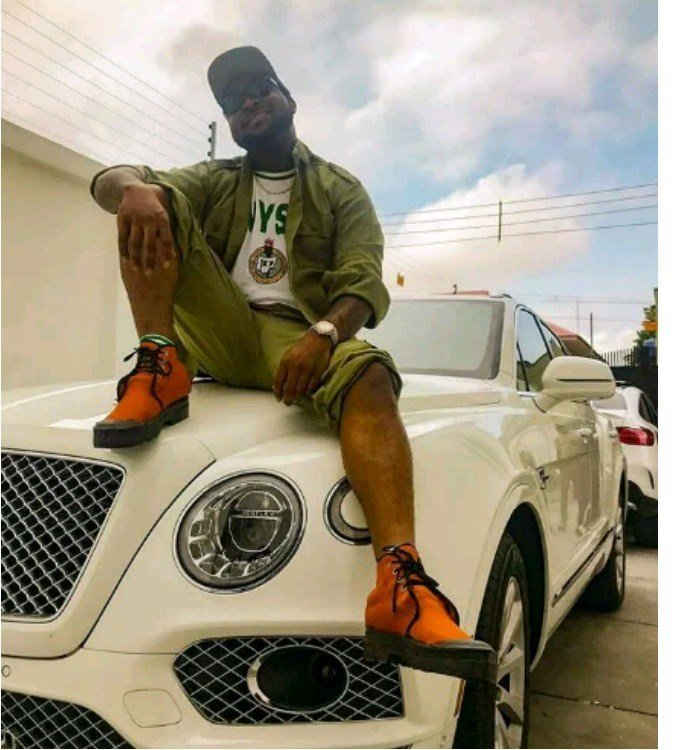 Davido cancel all Locked Up tour, for NYSC Camp

The OBO of naija music, whose real name is David Adeleke took to his Instagram page to announce that all his remaining US Locked Up Tour has now been officially postponed  and new dates would be announced soon. 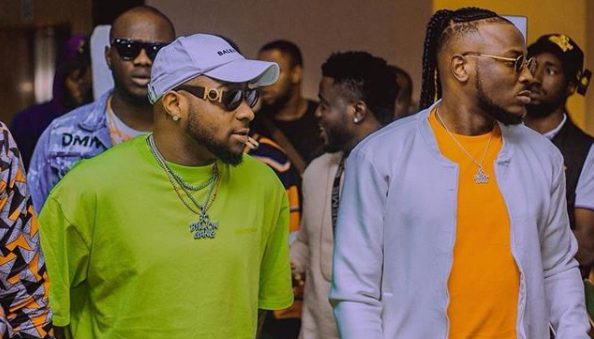 The announcement comes as a surprise just days after one of tour was cancelled due to Hurricane Florence in the  some parts of the United State.

He said;
I apologize to all my Fans but Duty calls! But I promise new dates would be announced for Houston Dallas LA and San Francisco, We will reschedule and add more dates. Shout out to all the fans who sold out each city so far. 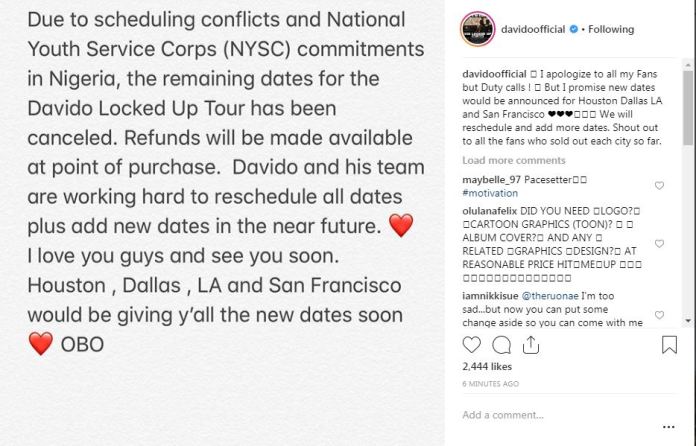