Home News Davido is trash – Female Fan calls him out, claims he cheats... 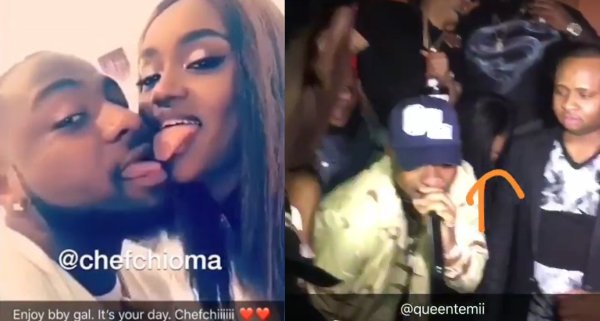 Nigerian singer Davido, who is currently in United States for his music tour has been called out by an Instagram user, who accused him of cheating on his girlfriend, Chioma.

The lady who claimed she tried to take photos with Davido but was turned down rudely with her phone seized by his friend, added that the singer was with a different girl at the club and revealed this wouldn’t be the first time.

According to the Instagram user, in May 2017, he also partied with a girl who wasn’t his known girlfriend, Chioma even after he claimed he has in a relationship with the Babcock student for over 5 years. Here are posts about Davido cheating from the lady’s insta-story below; 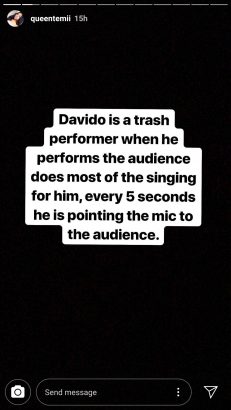 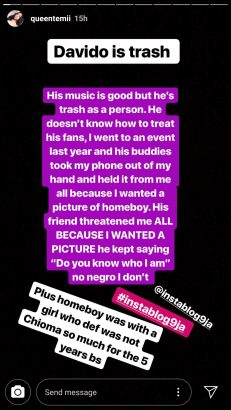 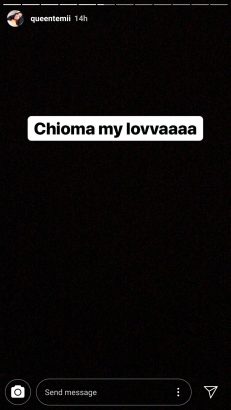 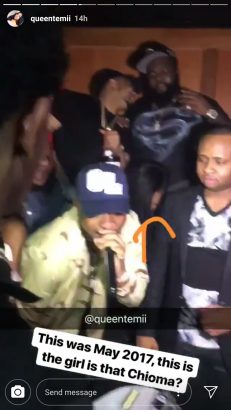 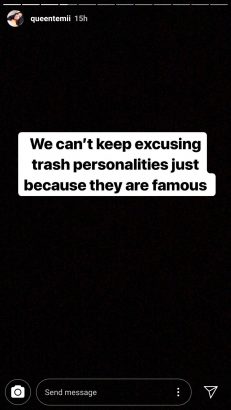 This is coming after we reported that Davido who is billed to perform at The Dreamville Festival in Raleign, North Carolina, US on Saturday, will not be doing so anymore due to Hurricane Florence.

The festival which is the inaugural edition was slated to hold on Saturday at Dorothea Dix Park in Raleigh North Carolina. The one-day festival offers attendees a special celebration of music, culture, food and art along with performance from J.cole himself.

Recall that we reported few months ago, that Chioma Avril, who is trending alongside her boyfriend, Davido, had been with him even when he got Sophia Momodu and Amanda pregnant. This disclosure was made after Davido’s follower, in his tweet asked him to chill on going fast with his ‘new found love’ interest. Davido who replied the tweet, said they have been dating for 5 years!

Before now, Davido’s affairs including pregnancies and the arrival of his two daughters were usually shrouded in mystery until the very last days, but not anymore. The singer has been screaming for all to hear that he has a girlfriend, he also made her name available, an indication that he is indeed smitten.