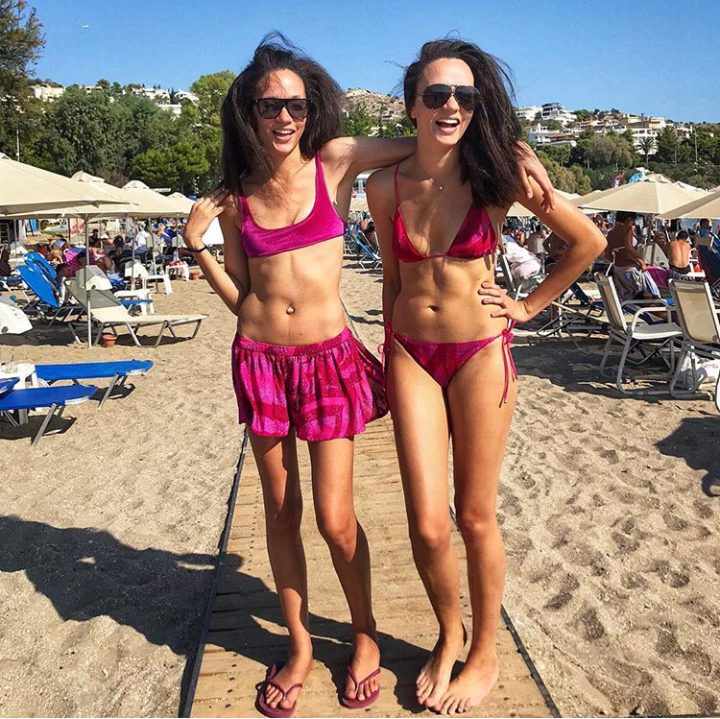 British Nigerian actress, television presenter, and model Eku Edewor has replied a troll who tried to body shame her over a photo she posted on her Instagram page.

The media personality’s incident with body shaming happened on Tuesday, September 11, 2018, where she posted a photo of her sister and herself having fun while vacationing far away in Greece on Instagram.

A troll took to the comments section where a not so nice comment was left.

“hairapyhairSomething isn’t right about this pix. What happened to your boobs??” 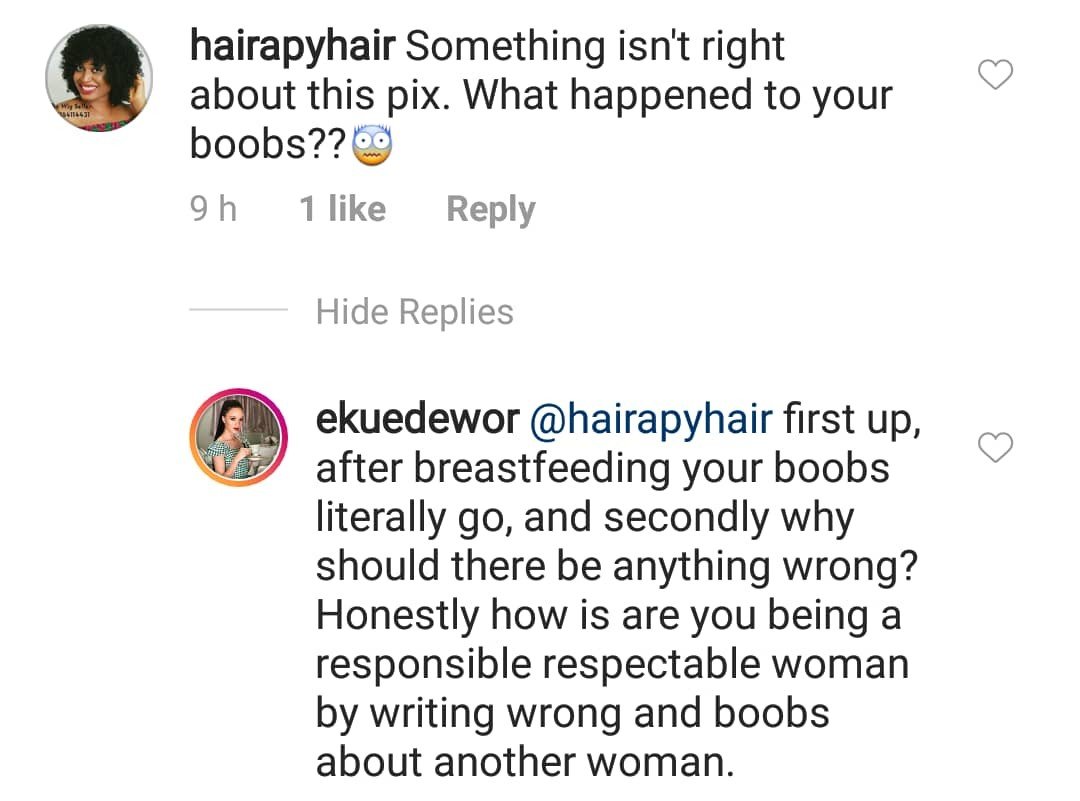 Eku Edewor wasn’t having any of it as she immediately replied the troll who was trying to body shame her.

“ekuedewor@hairapyhair first up, after breastfeeding your boobs literally go, and secondly why should there be anything wrong? Honestly, how is are you being a responsible respectable woman by writing wrong and boobs about another woman,” she replied. 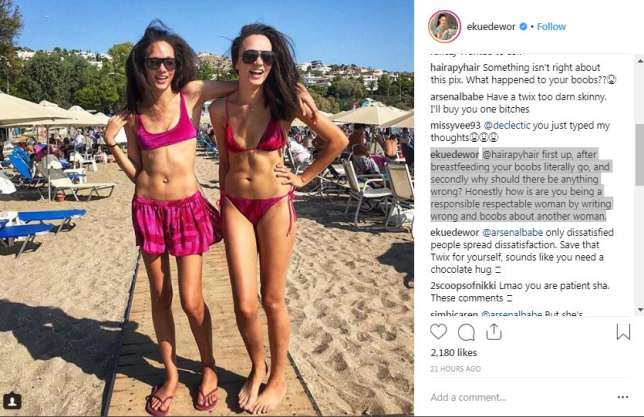 The lady has apologized and Eku has accepted her apology.