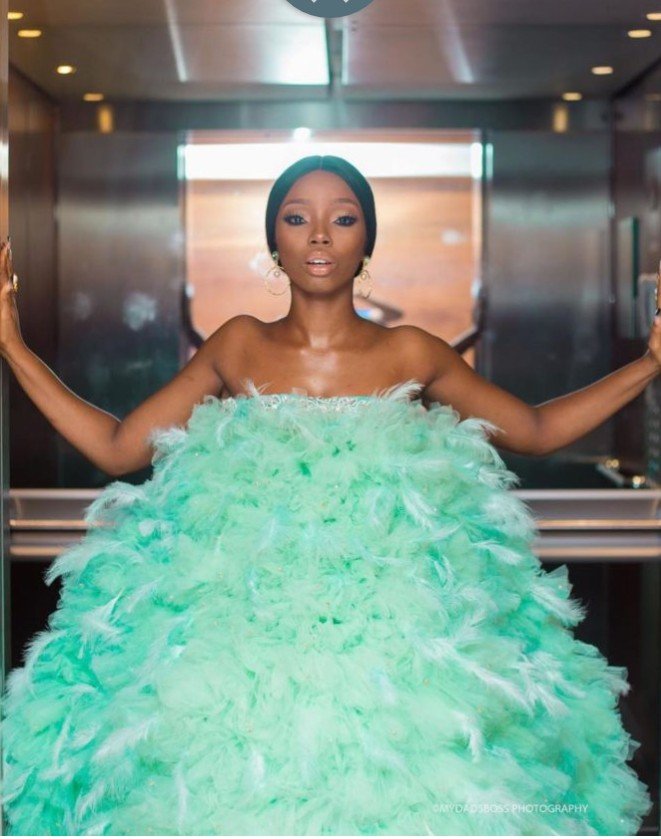 It was a night of sparkles, glitz and dreamy outfits. Celebrities arrived in all their drama and some defied the red carpet with their fierce and captivating looks.

One dress that however gained a lot of traction on social media was former BBnaija housemate’s BamBam feathered dress.

Some of her critics described her dress as a failed attempt at copying Lady Gaga’s feathered dress at the Venice Film Festival but that is far from it:

She told Guardian Life about the inspiration behind the dress while at the same time stressing that @houseofjahdara_ cut off the top layer of her dress and creatively used the bottom.

According to her, it took about a week to put the dress together. 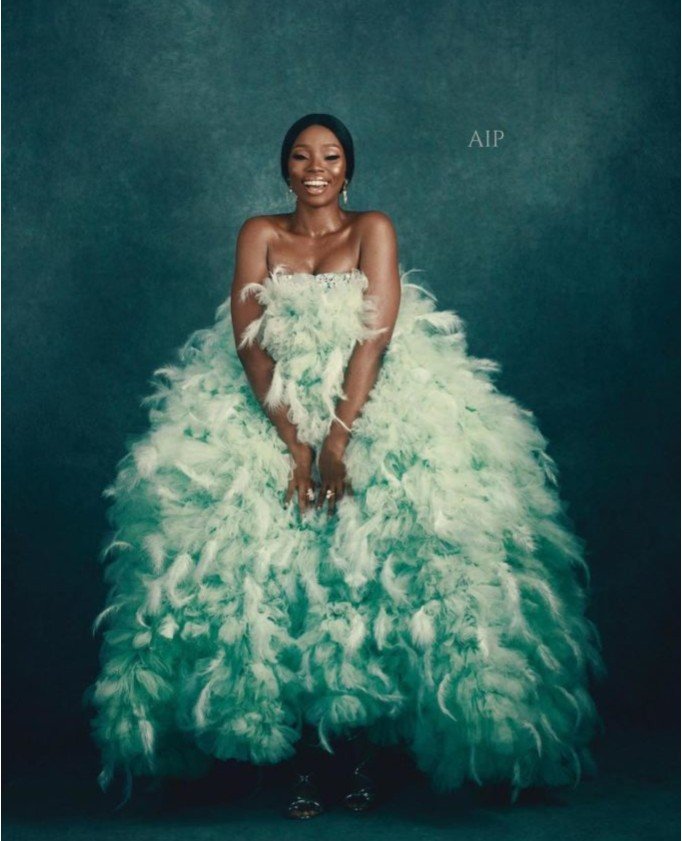 You must hammer and forge yourself – BamBam says (photo)