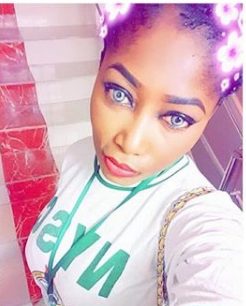 One of the persons killed during a clash between a cultist and some party guests has been identified as Ugwi Mary Martha.

The deceased is reportedly a corps member serving in Niger State.

On Tuesday, September 18, 2018, she was attending a graduation party celebrating some students passing out from the Ambrose Ali University in Ekpoma, Edo State when she was shot.

A cult member who got into a fight with an unknown person at the event allegedly invited his friends who came along with guns as confirmed in many online reports.

More reports confirm that his clothes were torn in the clash. Some peacemakers who tried to settle the fight between the cult member and another person also died.

Another casualty at the gig is a final year medical student named Dr Einstein. He was reportedly killed a week to his graduation at the school.

An IG post revealed that 10 people were killed in total.

#BBNaija: “I can’t date Michael because he has small d*ck” – Jackie B tells...

Violette - August 12, 2021 0
BBNaija season six housemate, Jackie B has revealed reasons she cannot be in a relationship with Michael, insisting that his small d*ck top the...

#BBNAIJA: Khafi declares Gedoni as the Salt in her life

Violette - November 10, 2019 0
Former Big Brother Naija housemate, Khafi has been celebrating all round ever since she left the show as she has been getting gifts and...

Johnson Olumide - February 17, 2020 0
The 'Coming Home' Singer Posted this new Photo-shoot she did for the body fit Magazine  called Self Magazine,display her sexy abs, slim and toned body. The Photo shoot was done by Matt...