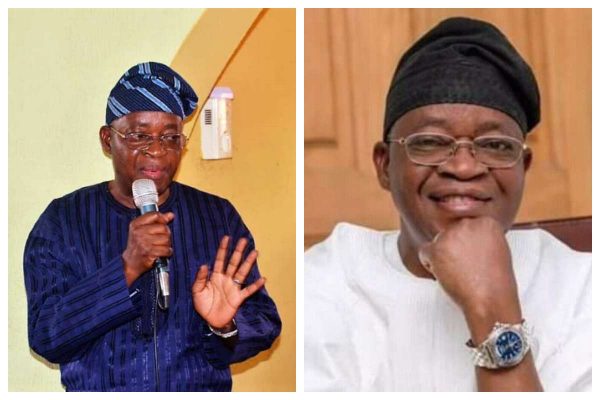 The Independent National Electoral Commission, INEC, has declared Gboyega Isiaka Oyetola of the APC as the winner of the just concluded Osun state election.

Isiaka Oyetola was announced winner of the polls after a rerun was held yesterday in 7 polling units.

At the end of last Satuday’s ballot, Adeleke scored the highest number of votes, beating Oyetola with 353 votes but INEC declared the election inconclusive and ordered a rerun because the number of cancelled votes in the seven polling units was far higher than the margin by which Adeleke beat Oyetola.

Three of the units were located in Orolu local government, two in Ife South, one in Ife North and another one in Osogbo local government. INEC cancelled the elections in the polling units due to irregularities ranging from ballot box snatching, manual accreditation and missing result sheets.

However, Thursday’s supplementary election which gave the edge to Mr Oyetola was marred by irregularities and intimidation perpetrated by political thugs despite the huge deployment of security operatives at the polling units.

Despite the irregularities reported by journalists and observers, INEC officials at the collation centre all said the election went on smoothly.

Following this supplementary votes on Thursday, Oyetola overtook and beat Adeleke with a total margin of 482 votes.

Besides leading in the number of votes cast, the APC also won a total of 16 local governments as against 11 won by the PDP.

READ ALSO – ‘APC depended on guns, billions of naira, snatching of ballot boxes, altering of figures and other acts of electoral corruption to win a state’ – PDP

Violette - July 23, 2021 0
Popular video vixen Mz Bolanle has released pictures and video that shows that she was brutally assaulted by her enstrangle husband, Abraham Lincoln. It would...

Serena Williams a Natural Beauty in her natural Curly Hair

Johnson Olumide - February 18, 2020 0
The Tennis Legend and 22 times Grand Slam winner is till recovering from her shoulder injury which had kept her out of the Tennis Game since...

No one will want your sperm if you are a useless man – Actor,...

Ifeoma Ngozichukwu - December 8, 2021 0
The reality star and actor, Tayo Faniran has given his own piece of advice following the sperm donation saga. According to Tayo, no one will...