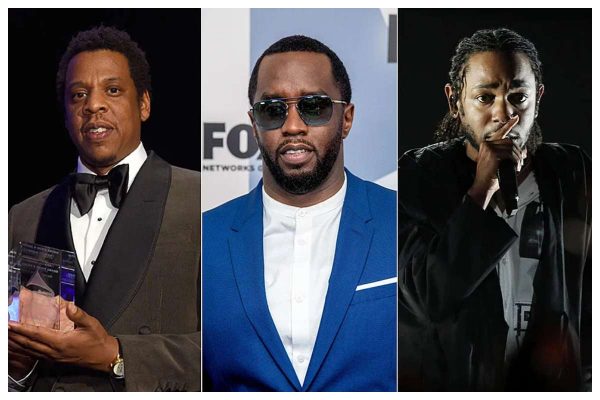 The list puts JAY-Z at number one with a whopping income $76.5 million, which was earned through his record label, Roc Nation, TIDAL, the tour after the release of his album 4.44, the surprise album with his wife, Beyonce, Everything Is Love, the ongoing stadium tour ,On The Run II, and others.

Sean “Diddy” Combs, follows at number two with $64 million which was earned from his holdings in bevarage empire, Ciroc Vodka, DeLeon tequila and Aquahydrate alkaline water.

Kendrick Lamar clinched number 3 spots with $58 million from his endorsement deals with Nike and American Express to sold-out dates on the TDE.

Others who made the Forbes list include, DJ Khaled, Future, Eminem and Migos.

See full list of the top 20 richest men in hip-hop below;