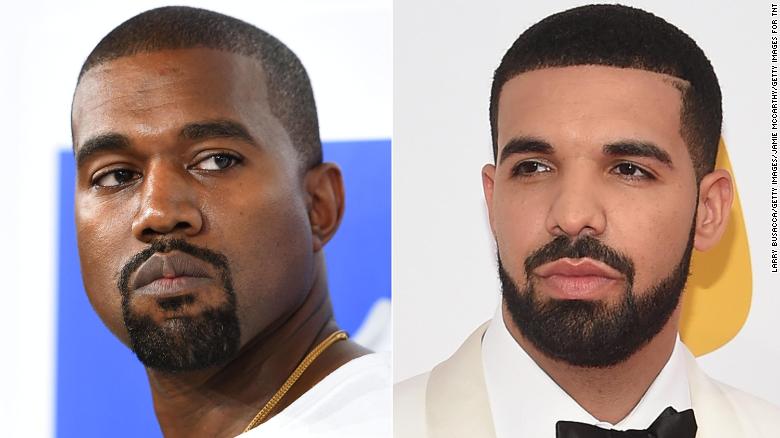 Kanye West  is making amends with fellow rapper Drake. The pair reportedly had a falling out over the beat to West’s song, “Lift Yourself,” along with West’s collaboration with rapper Pusha-T, whose diss tracks “Infrared” and “The Story of Adidon” were directed at Drake.

But on Wednesday Ye started out by offering “good energy and love” to Drake and his team.

“I never listened to either diss track that followed but I did hear quotes from both songs after they were released, West tweeted. “I did not have any conversations about your child with Pusha. I don’t play with the idea of people’s children after I spoke to Wiz a few years earlier.”
“I understand Pusha’s issues as a man if someone mentions your fiancé men go mask off. I’ve done the same myself at times,”West added. “I love you and I love Pusha and we all have an admiration for each other’s craft.” 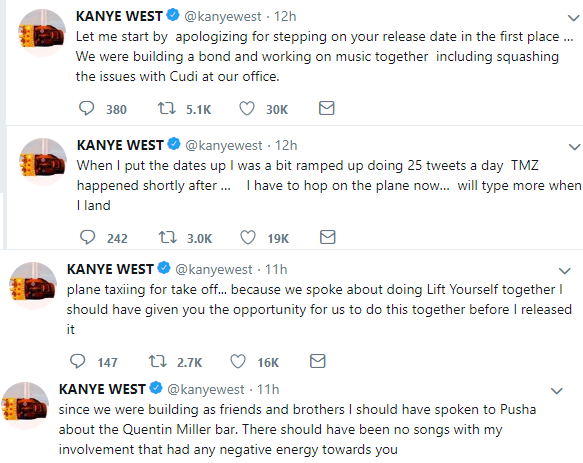