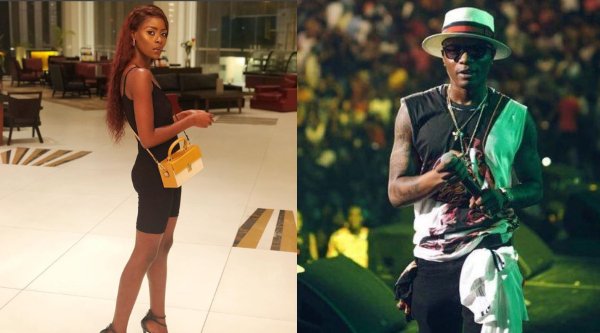 Wizkid in his Snap, asked his fans to ignore his first two babymamas who he described as money hungry hoes.

However reacting to the Snap, Khloe who questioned the kind of man Wizkid is, asked him to shut up. She wrote;

Wiz should shut up, WTF? What kind of man is that?

Recall that few days ago, Wizkid’s second babymama, Binta Diallo, claimed that the pop star owes about $18,000 for child support. Binta, a U.S.-based Guinean, was delivered of a son for the singer in 2017. She shared the messy details on Instagram. 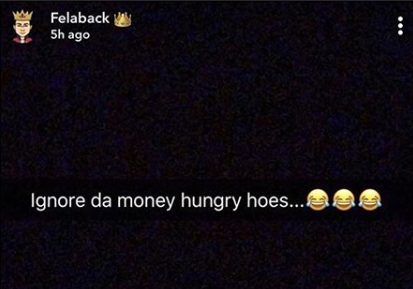 She also revealed that she didn’t sue him because the singer’s family begged to settle out of court in order to avoid immigration problems. According to the documents, Wizkid is expected to pay a monthly child support but has since defaulted. 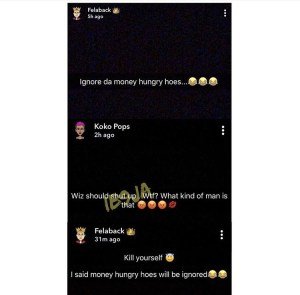 The child, who is Wizkid’s second son, bears a striking resemblance with the boyish-looking singer and lives in the U.S. with his mum. He was named Ayodeji Ibrahim Balogun Jnr after his famous father. Binta also shared photos of the agreement papers that were reportedly signed by their lawyers.

Wizkid’s first baby mama, Ogudu Oluwanishola, also slammed him again for allegedly not playing his daddy duties, saying his son knows he is irresponsible. On Instastory, the mother of one said their son, Boluwatife, already knew Wizkid was an irresponsible and a negligence dad.

Shola wrote on how it is worse when a child grows up to understand his parent’s irresponsibility and negligence towards them. She added that karma is real. See her post below;

“You wanna know what’s worse than a child being told his/her parents irresponsibility and Negligence towards them!? Seeing a child growing to understand it by him/herself.

Seeing is believing my people. KARMA is as real as it gets. Be careful how you lay your bed in this present day, cos the seed you sow now, determines if you ever get a bed to lay on in the future. Be wise and YOLO with sense.”