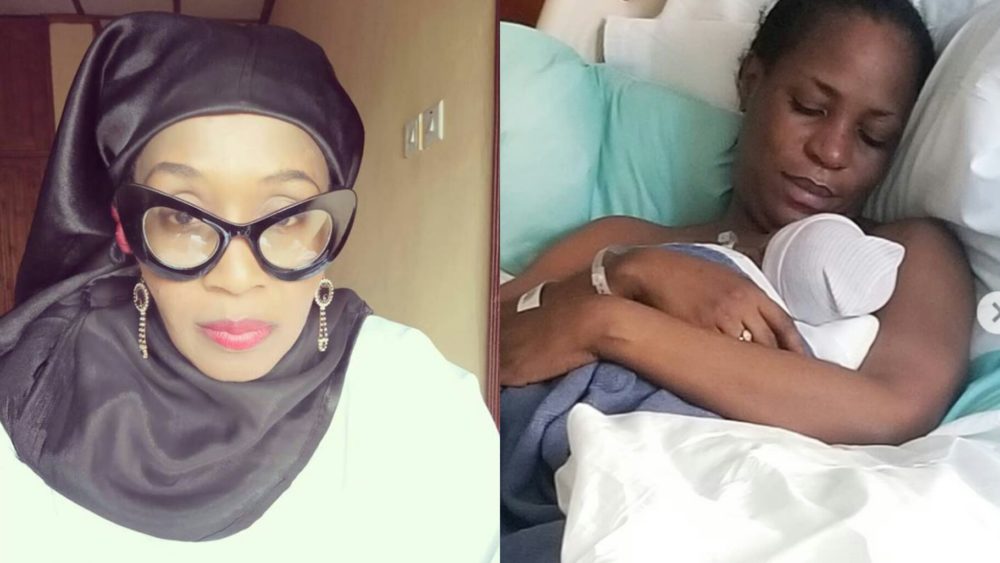 Kemi Olunloyo has yet again revealed some dirty things about Linda Ikeji allegedly labeling her ‘the most wicked person in the entertainment industry’.

She spilled ,saying that Linda dated D’banj and lied that Uche Pedro of Bellanaija was sleeping with rapper Ikechukwu.

Recall that Sholaye Jeremi, the alleged baby daddy of Linda Ikeji’s baby, Jayce Jeremi, released a statement denying that he is on social media.

This he did to clarify multiple reports stating he was grateful to God on Instagram for the gift of a newborn baby i.e the one Linda welcomed.

According to Kemi Olunloyo, that fake Instagram page was built by Linda’s sisters, Sandra and Laura.

”Laura & Sandra Ikeji Linda’s village town criers BUILT THIS FAKE instagram page. Tsolaye did not impregnate Linda Ikeji. He NEVER acknowledged any damn bastard baby. His only children are abroad with his wife. He rents an apartment in Parkview, Ikoyi for biz.”

Kemi Olunloyo went on to prove that she has always been on point with her gist. According to her, she was the only voice which stated that Linda Ikeji was never engaged when the news of an engagement went viral back in March.

”Linda was never engaged. Told u first, u said I was jealous. I get a lot of “Leave Linda alone”. She made money thru gossip and so will I. I’m just better as a Journalist. I can verify the source and do interviews. Linda cannot deny my tweets. They are not allegations.”

”…one employee at her company sent me a video of their story meeting. So sad!!

In the video, Linda could be seeing discussing the stories to be treated that day. Linda was seen chuckling that a “Toolz was carrying a DEAD BABY! ” I later found out that it was Tolu Oniru, Dr Harold Demuren’s new DIL #Daughterinlaw. She just lost a baby!

Tolu Oniru still carrying the fetus which she had to push out in a delivery. I will never report personal emotional stories except if I interviewed the newsmaker. Linda was planning to. Her laugh on that video was sarcastic tasteless humor. The video SAD!”

Kemi also accused Linda Ikeji of having sex with Dan Foster, her sister’s fiance, 2 weeks to their wedding, which led to their breakup.

”She bleeped my sister’s fiance 2 weeks before the wedding 2006 which was cancelled because of her. She also bleeped with my Activism on gun violence saying I threatened bloggers with “my guns” in 2013, now she bleeped Tsolaye and tried to pin a surrogate baby on him.

Linda was rejected in many industry circles. Nobody liked her. She was a mythomaniac who wanted to belong at any cost. Linda liked male singers, radio and TV OAP’s. She quit modeling and started Blogging in 2006. Not before she wrecked the wrong home.

Baby sister Deola has moved on now but was the love of fmr Cool FM OAP Dan Foster. It was the worst break up!Everything for Deola’s wedding was CANCELLED 2 weeks b4. I wasted my ticket home, Deola was very hurt. Dan caught sleeping with a model Linda Ikeji.

Linda was not remorseful after wrecking someone else’s marriage plans. She openly displayed her romp with Dan Foster until she became miserable. Denrele Edun once said she was purposely blind to it. She later became miserable.”

VIDEO: Naija Cross-dressers turn up in asoebi for their coworker’s birthday party