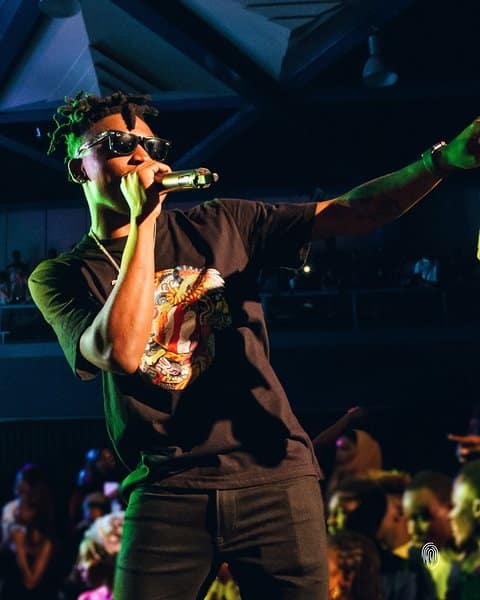 DMW act and the self acclaimed Mayor Of Lagos, Mayorkun went for a show at Yabatech on friday night and he was attacked after the show by the student of the institution.

The show happened at Yaba late friday night while the next rated act winner was on his way after the show, he was double crossed by students and their approach was an aggressive one as they went ahead to vandalise both cars that was attach to the DMW act.

Mayorkun posted a video about the incident and destruction that happen on the cars, the cars were two; a Toyota Land Cruiser and a saloon Benz, as he tagged Yabatech students touts!

Watch the visual below:

Mayorkun escapes being killed, as Yabatech students destroy his car, last night, after a show

Johnson Olumide - May 24, 2018 0
The Brazilian ace will reportedly tie the knot in August with his pair of “fiancees”, Priscilla Coelho and Beatriz Souza. The two women have been...

I Had S3x With My Aunt, Sister, Men & Sacrificed My Mom To Further...

Violette - July 2, 2019 0
Ex-Gabon Striker, Shiva N’Zigou has claimed his mother was killed in a “spiritual sacrifice” in order to further his football career. N’Zigou was a striker...

” I lost way too much weight” – Curvaceous actress Moyo Lawal Cries Out...

Johnson Olumide - June 8, 2020 0
In the current age and dispensation that we are in , vanity is the currency of exchange and we humans love it dearly. One of...

Adedokun Moses - January 10, 2020 0
Popular model, entrepreneur and chef, Chioma has taken to her Instagram Page to celebrate the birthday of her sister with an heartfelt message. Chioma who...