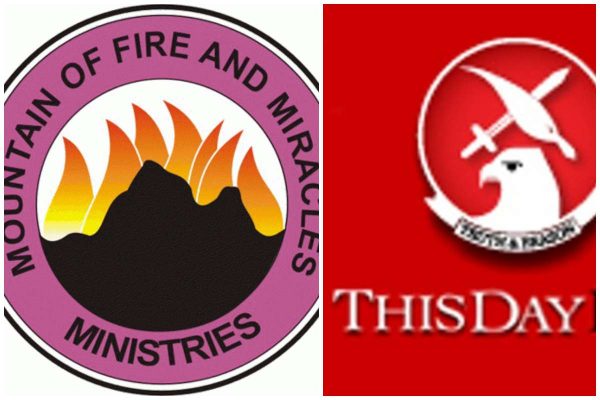 MFM, Mountain of Fire & Miracles Ministries, has sued ThisDay newspapaer for libel, and are demanding N500billion as damages.

The Incorporated Trustees of Mountain of Fire and Miracles Ministries and the church’s founder, Dr Daniel Olukoya, commenced the legal action against ThisDay Newspapers for allegedly publishing a libellous story against them.

The suit marked PHC/2257/2018 was filed before the Rivers State High Court in Port Harcourt.

The cleric and his church are demanding N500bn in damages from the newspaper for the alleged injury caused them by the defendant’s publication.

Why did MFM sue ThisDay newspaper?

The claimants are urging the court to make an order, directing the newspaper “to tender a written apology and a retraction published prominently on its website and for three consecutive days on the front page of ThisDay Newspaper and in at least three other nationally circulating newspapers and two international magazines, including TIME International.”

The claimants also want the court to order the defendant “to pull down and erase the offending story from the Internet forthwith.”

They are also seeking an order of perpetual injunction “restraining the defendant by itself, its agents, servants, privies or other persons howsoever called or described from further publishing and/or disseminating libellous stories and statements against the claimants.”

The cleric and his church are also praying the court to put the cost of filing the lawsuit on the newspaper.

The suit was filed on their behalf by their lawyer, Ime Nya Asanga of Ime Asanga & Company on July 30, 2018.

READ ALSO – “I Caught My Husband Sucking My Niece’s Chest, Sleeping With Our Maid”