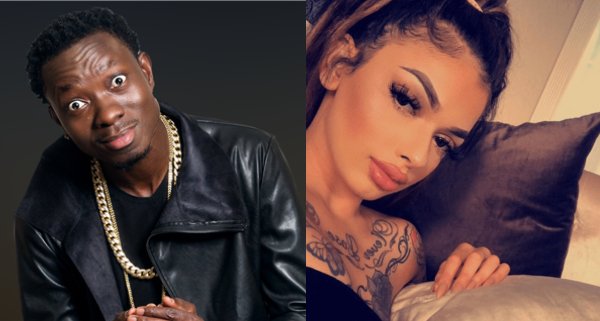 Comedian Michael Blackson has called out popular Instagram model Celina Powell, who according to him has been trying so hard to sleep with him.

Michael Blackson who wasn’t ready to be another scapegoat for the Instagram model’s smear campaign wrote;

‘This slut be trying to get with to expose every entertainer to touches down in Denver, she got the wrong neega tonight.’

Celina Powell is best remembered for sleeping with Offset, Snoop Dogg, Waka Flocka, Akon and many other known entertainers. Few days ago, it was reported that she was a recent guest on Vivica Fox’s new talk show, Face The Truth. During the episode, Fox grilled her about the intentions behind the stunt. 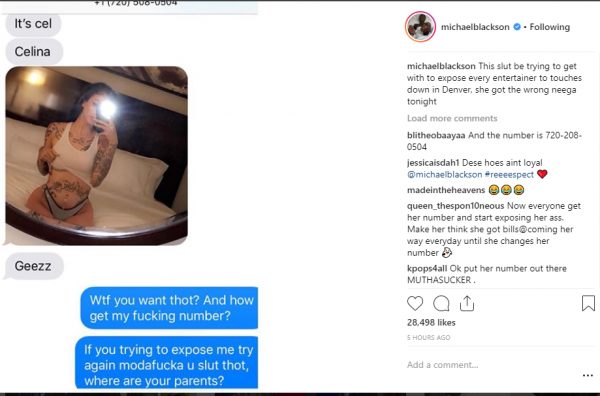 When Fox asks if she received a cease and desist letter from the Migos’ rapper’s attorney, she confirms but then attempted to downplay the incident.

Meanwhile, Powell’s ex-best friend Cheyenne sits beside her with a smug look on her face and blurts out, “At first she wanted me to help her get abortion money, $50,000 for an abortion.”

Cheyenne then clowns her for setting up a GoFundMe for new “boobs and ass.” Powell jumps in and says, “That was a joke, stupid.”

Face The Truth panelist and lawyer Areva Martin chimes in, “The whole point is you’ve been trying to mess with people’s lives and you don’t even feel bad about. You literally don’t care, You do it because you’re bored,” to which panelist Rosie Mercado says, “You’re ruining your own life and you don’t even see it.”

Celina Powell eventually admitted to faking the pregnancy back in May, and apologized to Cardi, although it seemed anything but genuine.