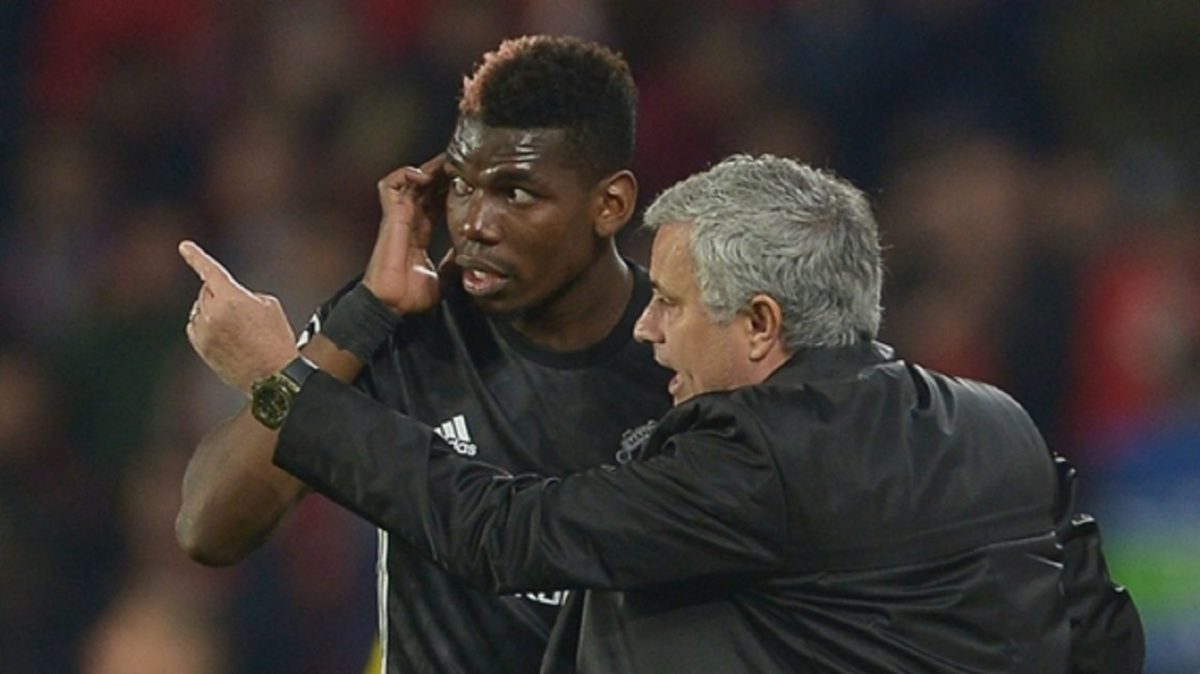 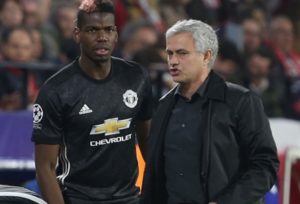 Jose Mourinho and Paul Pogba were involved in a tense-looking exchange at Manchester United’s training ground on Wednesday, a day after the manager confirmed the World Cup star had been stripped of the role of vice-captain.

Pogba was rested by Mourinho for the shock League Cup third-round exit against Championship side Derby on Tuesday and watched from the stands as United lost on penalties after a2-2 draw at Old Trafford.

After the match, Mourinho confirmed that Pogba was no longer a United vice-captain, although he denied falling out with the France midfielder.

Sky Sports showed footage of Pogba joining training with his teammates on Wednesday morning, including a seemingly terse exchange between the pair.

The 25-year-old shook hands with coach Michael Carrick and another United employee before looking taken aback by something Mourinho said.

Pogba was then seen having an apparently exasperated discussion with the manager.

Mourinho was asked after the match on Tuesday whether he had told Pogba he would not captain the club again.

“The only truth is I made the decision of Paul not to be the second captain anymore,” said Mourinho.

“I am the manager, I make these decisions, no fallout at all, no problem at all. The same person who takes the decision to make him second captain makes this decision now.”

The France international captained the side in the Premier League openers against Leicester and Brighton in the absence of Antonio Valencia, just as he did in last week’s Champions League win at Young Boys.

Pogba scored two and set up the other in the 3-0 victory in Switzerland but he gave a mixed performance in Saturday’s return to league action against Wolverhampton, which ended in a 1-1 draw.

The 25-year-old was dispossessed in the move that led to Joao Moutinho’s equaliser.

After the match he said United should attack more.

Those comments are said to have got under Mourinho’s skin, but it is reported that Pogba’s reported desire to leave Old Trafford for Barcelona was behind the decision to strip him of the vice-captaincy.