Home Entertainment Celebrities Nicki Minaj warns Cardi B, says she will die if she keeps... 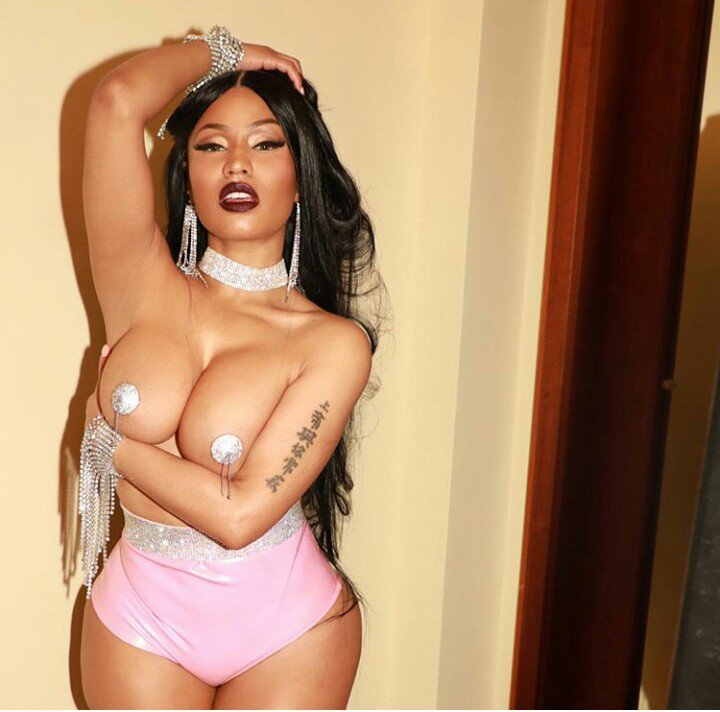 Nicki Minaj has said Cardi B will die, get killed if she keeps attacking people like she did to her.

Nicki made this statement when she appeared on her Queen Radio tonight. Reacting to Cardi B’s attack on her last Friday at New York Fashion Week, Nicki said she was mortified by the attack.

And that other people would have been far more aggressive than her if Cardi B zeroed in on them the same way she did Nicki.

Read her words below:

“You put your hands on certain people you gon die. PERIOD. And y’all sitting here making this s*** a joke?

I’m not the bitches in the strip club and I’m not a bitch on a reality show. My money is very f***ing long.”

You’ll recall, earlier on on her show, Nicki revealed she never spoke ill of Cardi’s baby Kulture … despite Cardi’s claim. She clarified she has never and would never talk smack about someone else’s child or parenting skills.

“I Can’t Sleep With A Man Who Will Not Last 1 Hour In Bed”- Nollywood Actress, Eniola Odunsi

In a full rant against Cardi, Nicki said Cardi’s career was built off “sympathy and payola”.

Payola is the practice of bribing radio stations/Djs, record labels (and their middlemen)
to use their influence or position to promote a particular song.

“You came into MY fucking culture! I never had to fuck a DJ to play my songs! Calling black women “roaches.”

You getting girls beat up cause of what your man is doing? Real bitches never do that! You never attack a woman! You take that up with your own fucking man!

She has built her career off sympathy and payola.

“You just had the biggest blessing of your life with a child. And in two weeks you have attacked three women. One at fashion week.

Get this woman some help! This woman is at the best stage of her career, and she’s out here throwing bottles and throwing shoes? Get this woman an intervention!