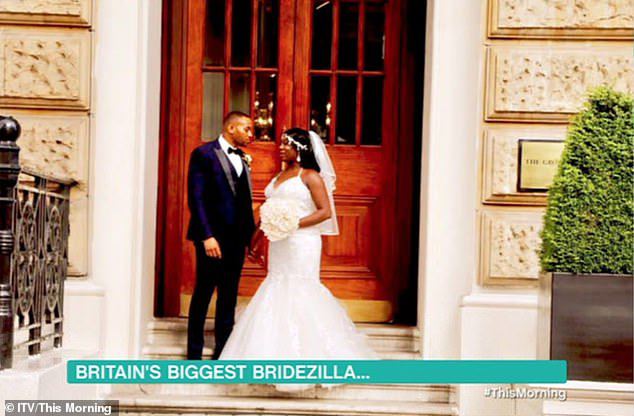 A newlywed Nigerian lady has been branded ‘Britain’s biggest bridezilla’ after holding five different wedding ceremonies during which she wore 13 dresses. 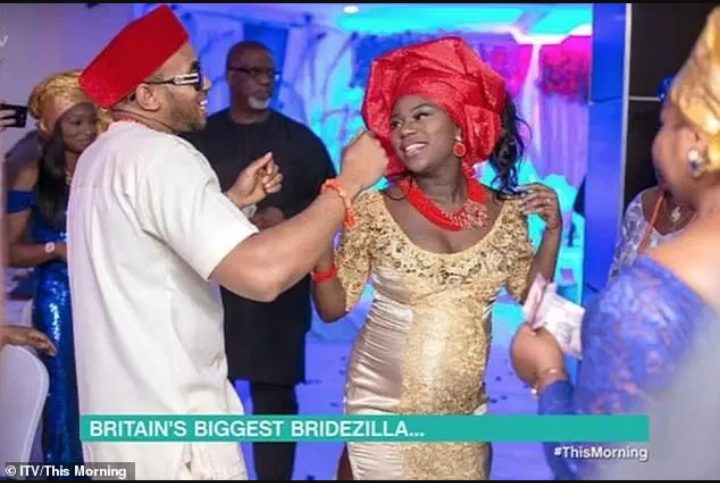 Sandra Igwe, who married the same man five times, spent £70,000 in total on her wedding celebrations.

The first two ceremonies were held in Nigeria, at a cost of around £2,500 to each guest – one of whom had to take out a loan in order to attend.

Speaking on This Morning, Sandra said she doesn’t feel guilty about expecting people to attend multiple ceremonies, because they should want to be there for her at such a ‘significant’ time.

She also told how she instructed guests off the dance floor at one ceremony in order to watch her and her new husband dancing, and that those who failed to stick to her dress code were not included in her wedding photos.

But her remarks were slammed by This Morning viewers on Twitter, with some calling her ‘greedy’ and ‘vulgar’.

Mrs Igwe said she’d always dreamed of having the perfect wedding, but found she wanted so many different things that one day simply wasn’t enough. 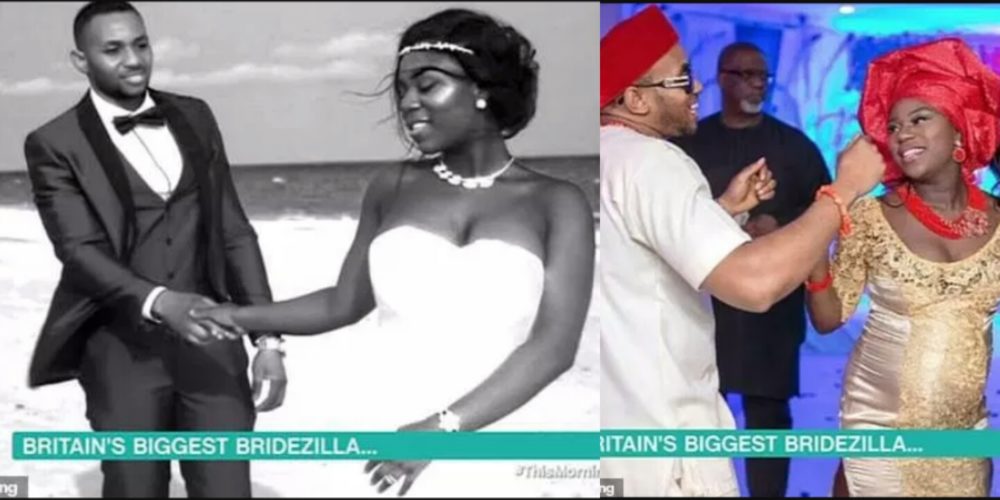 ‘From a young age us girls plan the biggest day of our lives so when the time came I wanted to have the perfect wedding. I thought, ”I want it here, I want it there and there,” and I thought, ”Why cant I have what I always dreamed of?’

Her first wedding took place in her father’s home village here in Nigeria, and her second was a huge party in a hotel in Lagos, costing guests £2,500 to attend.

But she doesn’t feel guilty for making her loved ones fork out to attend her weddings, saying:

‘If you care about somebody, you love them, then why would you not be there for such a significant day in their life? So I don’t feel guilty.

‘I would do the same, I have done the same so I think it’s fine.’

She told how during the hotel party she kicked her guests off the dancefloor so they could watch her and her new husband dance all night, and she refused to let those who hadn’t followed the strict blue and silver colour scheme pose for any of her wedding photos.

Her third wedding was on a beach and she argued with the videographer about the shots he was taking of them, expecting the waves of the sea to be in a perfect position in the background.

For her fourth wedding she had a much more low key ceremony in a registry office in Coventry, and was furious when many of her family and friends refused to attend because they’d been to so many of her celebrations already.

Her last big day was a lavish white wedding at Grosvenor House in London, for which she had 13 bridesmaids and two wedding gowns.

She made her guests learn an elaborate dance routine for the reception, which they ultimately did not perform it because the bride turned up four hours late.

Mrs Igwe says she is thrilled with how her weddings turned out, saying:

‘Honestly they were everything I’ve ever imagined. Before I met my husband I told my friends I’m going to get married in Nigeria in December and I did it. Everything I wanted happened.’

She claimed she has made up with most of the friends and family she fell out with over her bridezilla actions, but refused to say how many she hadn’t reconciled with.

Simi and Adekunle Gold are getting married today,only 300 guest are invited