Home Entertainment Celebrities Offset can’t leave me because no woman sucks d**k better than me’...

Cardi B who returned to public space after an altercation with Nicki Minaj, took to Instagram to boast about why her man can’t leave her. 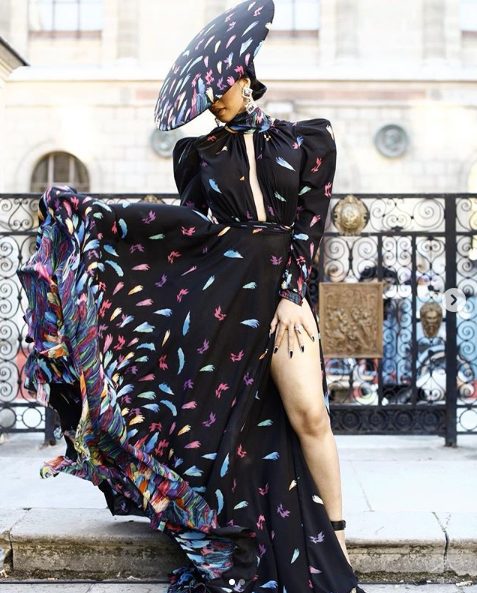 According to Cardi B, Offset who is her husband and also her man can’t leave her because no woman f**ks good and sucks d**k good like her.

I have the best head out here – what’s up.

The video came after the rapper was spotted with Nicki Minaj’s ex-boyfriend, Meek Mill. While Cardi and Minaj may not be talking about each other or their New York Fashion Week fight-turned-feud, Cardi B’s latest photo op is being interpreted as some kind of statement.

The rapper ended up hanging out with Minaj’s ex Meek Mill at the Billboard 2018 R&B Hip-Hop Power Players party in New York City. They posed next to each other in a photograph, which could be just coincidental or a deliberate move by Cardi to get at Minaj.

Nicki Minaj had announced her breakup with Mill last January, though at one point of their two-year relationship, she teased an engagement was possible between them. She recently told Ellen DeGeneres that their relationship hadn’t been the healthiest: “I was in a relationship with Meek for a while, which ended, and it was a very toxic something,” she said. “But we had some good times and we ended that.”

In her July 2018, Nicki Minaj however revealed how much she likes being single. “Becoming single was one of the things that made me feel strong and powerful,” she said. “The fact that I am a young woman who doesn’t need a man for money. I don’t need a man for a job. I’ve never had to fuck for beats. I’ve never had to fuck for a record deal. I don’t have those pressures. I get up when I want, shop when I want.”