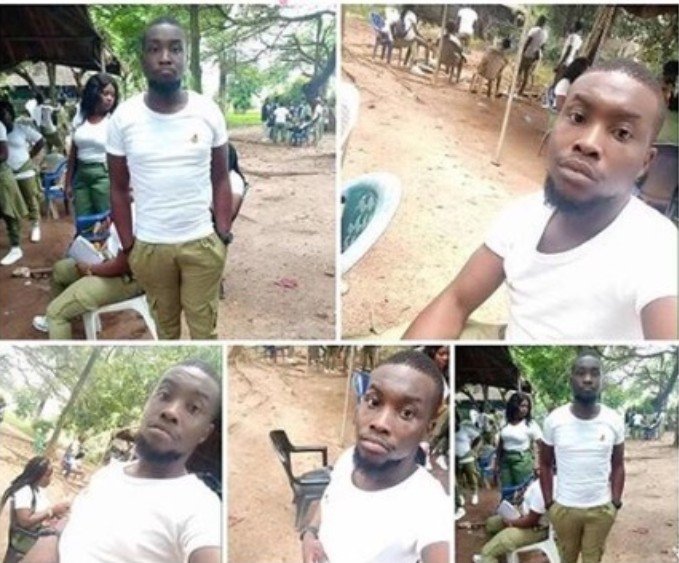 An NYSC serving corps member in Abuja who celebrated the death of his father on social media, has come out to state why he thought the passing away of his dad was good news.

Over the past weekend, the story of a member of the NYSC serving in Abuja who mocked the death of own his father by celebrating the demise on social media, emerged online, and was trailed with criticisms and mixed reactions from many social media users.
After the death of his father, he had taken to Facebook to express these rather strange words:

Quote
“Friday is for CDS….#Abjcoppa….And finally the great devil died last night….. R.I.P my useless father…..Just so happy we all saw ur death…. This is GOOD NEWS.”

While speaking in a new interview with NewsmakerNG, the young man identified simply as Victor M Bills, who later deleted this post due to the appeals of his friends, opened up on why he thought the passing away of his dad was good news, and the reason about his obvious happiness at his father’s death.

He disclosed that he was in no way sorry about the statements he wrote on Facebook, as his father’s demise was an answered prayer. According to him, his dad had denied him the essential fatherly love he needed ever since his mother got separated from him about 26 years ago due to an unknown reason.

These were his exact words:

Quote
“I can’t paint him white when I’m dying inside me. He always laughed and told me I would suffer and die before him. But the reverse is now the case… He wasn’t God.

“He deprived me of fatherly love… And still didn’t wish me well. So his death was a great relief to the family… I’m not regretting anything. My friends asked me to delete the post. But I don’t regret posting it.

“Now I wonder the kind of tribute the children will write for him and what people will know him for other than evil. I just pity him, because even at gunpoint I’ll never agree that he had an atom of love for me.

“He cursed me every time he saw me. We never had a loving time as father and son. I’m not fabricating stories. I’m telling you the truth. Don’t know why he hated me so much.

“Before now, anytime I met new friends I told them my dad was late so that they wouldn’t bring up topics about him. I always talked about my mum. So, when they saw my post about him, they were surprised I had a dad all the while. Even friends from secondary school.

“He didn’t attend his children’s wedding or even wished them well. Rather, he rained curses on them, just to frustrate them. Does such a man deserve to be given a befitting burial? He was heartless and never believed he would die soon.”

However, Victor who hails from Amaraku, Isiala Mbano in Imo State could not but celebrate his mother who took up the responsibility of taking care of him and his three siblings.

Quote
“I believe in the strength of thorough womanhood from my mum. I thought about how life would have been if my mother wasn’t hardworking and industrious. What if my mum had hooked up with another man after their separation. What would I have done?”

As for whether he planned to grace the occasion of his father’s burial, the Abuja corps member said he would not only be more than happy to miss the funeral, he would also ensure his siblings and mother do not spare the time to do same.

Towards the end of the chat, Victor said that, with the post he shared on Facebook, he hopes to awaken every parent who treated their children in ill manners due to the fact that they were hurting from the scars meted to them by their spouses.

“Just trying to encourage my peers that if they hate any lass, they shouldn’t transfer their hatred to the children. Too bad that parents do so with belief that certainly the child will forgive them later in life, even after punishing such a child emotionally.”

Violette - December 31, 2019 0
Nigeria cross-dresser Idris Okuneye popularly known as Bobrisky is not taken anything for granted as he cherish the love shown to him all the...

Johnson Olumide - February 17, 2020 0
The 'Buy a Heart' Hitmaker has been on tour for a few weeks now. and basically she has been sharing all her stage performance...

#BBNaija: I’ve not achieved what I’m here for – Nengi opens up to Biggy...

Violette - August 9, 2020 0
Housemate at the ongoing Big Brother Naija 'Lockdown' show, Nengi have revealed she has not achieved what she came to achieve at the reality...

#BBNAIJA: I Am A Proud Nigerian – SirDee as he bags new endorsement

Violette - November 10, 2019 0
Sirdee who is no doubt one of the hottest and intelligent bbnaija house mates during his stay in the show and with the show...

Violette - February 6, 2020 0
Davido receives medical care in the city of Dubai after partying hard during the week. The award winning singer who had a fun filled weekend...