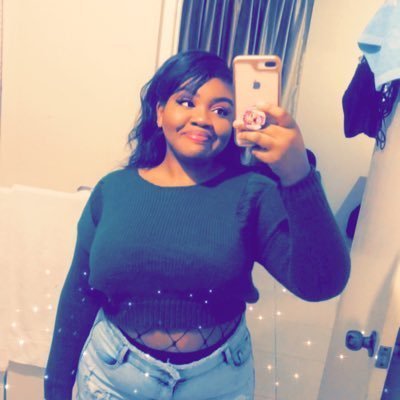 Twitter User identified as Rita Fluffy took to social media to create awareness and explain the dangers of Nigerian girls having unprotected sex.

While at it, she took the opportunity to recount on her recent experience with a female pharmacist who refused to sell her condoms, on reasons that its against her faith.

Plus gonorrhea is a silent killer in women and it’s a major cause of infertility since it scars your tubes
It will barely show up till it’s in its last stages ….tell the young ones this and stop waiting for the doctor to tell them when it’s too late

Nigeria is a society that has a stigma with buying condoms ….more for women sef ….I’ll never understand why it’s so wrong to want to have safe sex . Met this whole ass pharmacist that said she couldn’t sell condoms as it’s against her faith

As a Nigerian woman if you are going to buy condoms just buy as much as you can at once….nobody will kill you 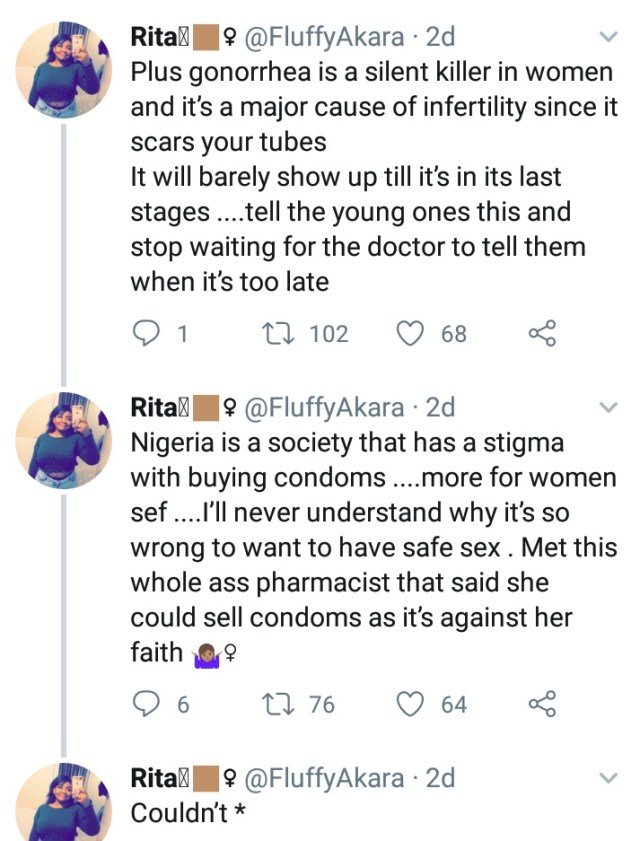