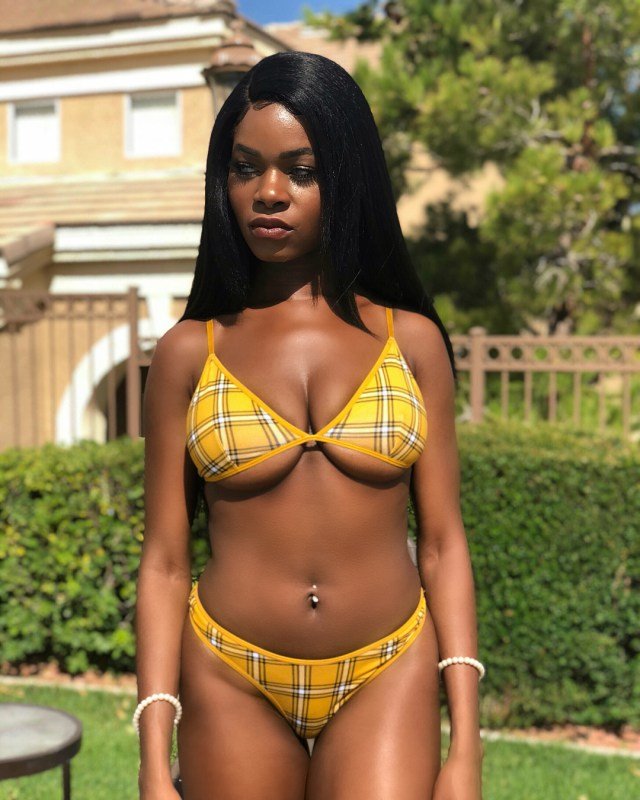 Controversial Nigerian US based Singer Princess Vitarah Who is use to post her semi Nude on social media is at it again.She shared some adorable photos of her as she rock bikini to promote her new music.

Her last hit single was titled do you eat Ass, which she promoted on World Star site, a move that promoted america based Nigerian singer Speed Darlington to slam her and call her out on social media.

Vitara first busted on the scene some two years ago after Nigerian Singer Olamide mentioned her in a post shortly after she released her first hit single,Nigerian Pus**y.

READ ALSO – Nike by Wizkid sold out in just 10 Minutes

I’ve been wanting to meet you, Davido tells Governor Makinde

Violette - March 21, 2020 0
The DWG boss says "I’ve been wanting to meet you, Davido tells Governor Makinde and he meets him today. Davido which is a celebrity, musician...

Study says being too handsome can harm a man’s career

Johnson Olumide - November 30, 2018 0
The struggle is apparently quite real for men who suffer from a certain predestined affliction: being very handsome. According to a study carried out in...