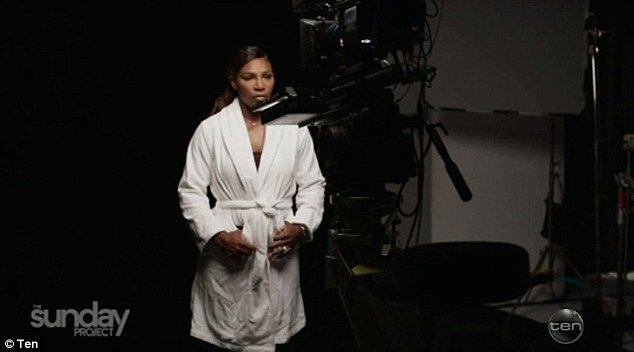 Tennis star Serena Williams recently sang a rendition of the Divinyls classic song I Touch Myself as part of a breast cancer awareness campaign. 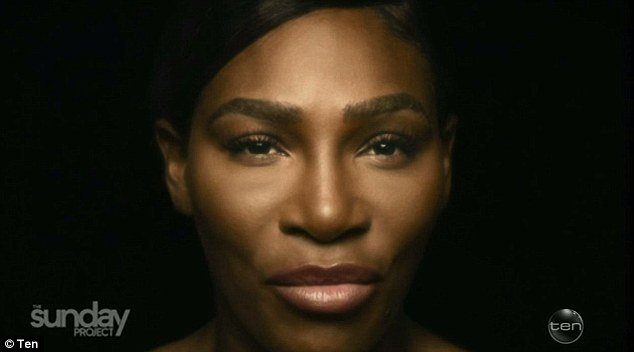 Following weeks of controversy stemming from her US Open meltdown, the 36-year-old has used her platform to raise cancer awareness.

‘It’s putting myself in a very vulnerable moment, but just to make a huge statement I think is really important,’ she said. 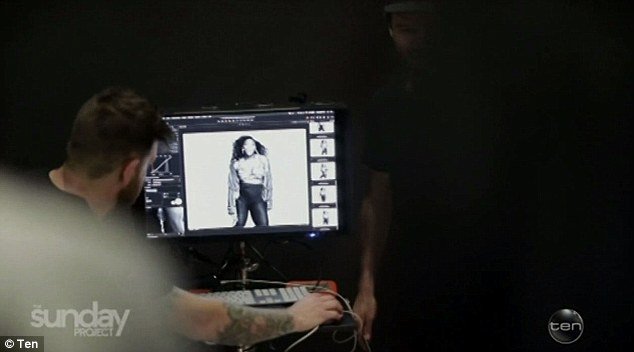 The clip showed the sports icon baring her shoulders and wearing glamorous makeup.
Another frame shows her in a white dressing robe and later modelling the special edition Chrissy bra for Berlei.

She sings the 1990 hit I Touch Myself by Australian rock band Divinyls, whose front-woman Chrissy Amphlett lost her battle with breast cancer in 2013.

Lisa Wilkinson, who interviewed the sports star in New York, spoke highly of the soon to be released commercial.

‘When you see that ad in full let me tell you, Serena Williams can sing like an angel,’ Lisa said.

‘… Well (Serena is) actually naked in it as well so watch out for that.’