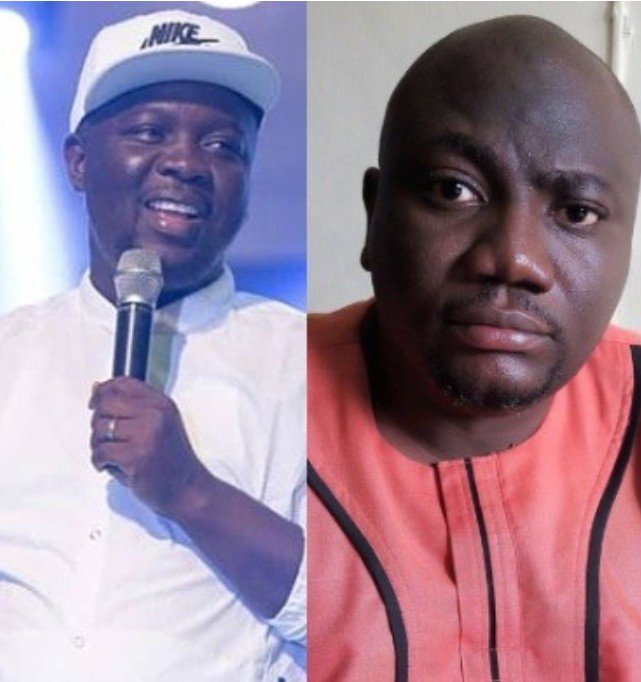 Yesterday, the EFCC announced the arrest of one Adeyemi Olufunmilade, a suspected serial fraudster who has allegedly swindled quite a number of Nigerians.

Comedian, Seyilaw who has also fallen victim of Adeyemi’s fraudulent acts, took to his twitter page to identify the suspect as the son of a pastor in the church he attended while growing up. Adeyemi is said to be the son of a senior pastor in the Christ Apostolic Church where he holds a National office.

Seyilaw who saw the news of Adeyemi’s arrest on EFCC’s official twitter, wrote 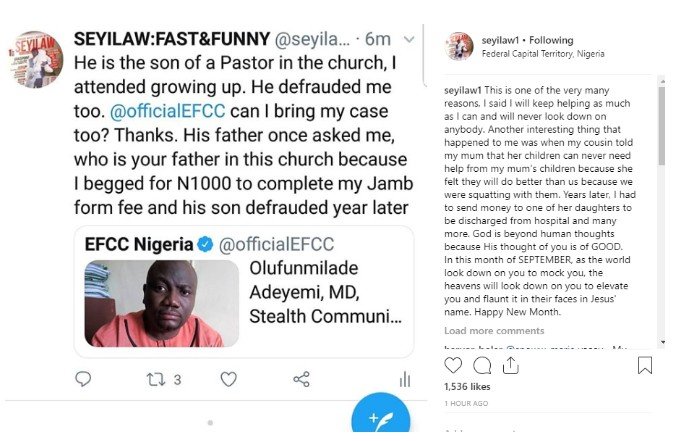 ”He is the son of a Pastor in the church, I attended growing up. He defrauded me too. @officialEFCC can I bring my case too? Thanks. His father once asked me, who is your father in this church because I begged for N1000 to complete my Jamb form fee and his son defrauded year later”.

Violette - May 16, 2018 0
Check out singer, Timaya  impressive fleet of expensive cars that is bound to make you green with envy. Born Enitimi Alfred Odom, the ‘Plantain...

Violette - January 1, 2021 0
Talented Nollywood actress Scarlett Gomez has kick-started 2020 with a bang as she bless fans with an adorable picture.of herself having a romantic time...

Gay activist, Amara, preaches celibacy after she was accused of domestic violence by her...

Johnson Olumide - January 6, 2022 0
Gay activist, Amara, preaches celibacy after she was accused of domestic violence by her ex-lover Uyai who is sister to Nollywood actress, Nse Ikpe-Etim The...

Johnson Olumide - February 18, 2020 0
The Beautiful 45-year-old actress and movie director seems to been having lots of fun behind the camera as she Premieres her directing role on...