Home News Tension in Jos over death of herdsmen 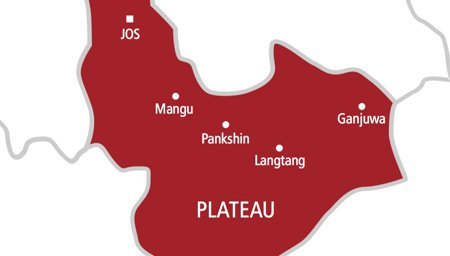 Five bodies, suspected to be herdsmen, have been found in Bassa Local Government of Jos, Plateau State.

This is creating tension in the council.
Leaders of Fulani communities are calming their people to forestall a clash between herdsmen, Berom and Irigwe militia.

The peace agreement signed by the Irigwe and Fulani at the headquarters of Operation Safe Haven (OPSH) in Jos, is threatened.

The victim was attacked around Tipper garage, Rukuba road, in Bassa council. His body was found yesterday by the men of the Operation Save Heaven about 13:00 hours.

The case was reported to the Divisional Police Officer (DPO) in Bassa and the security agencies promised to investigate.

“I am, however, appealing to all Fulani to remain calm and wait for the outcome of the investigation. I don’t want any of my people to take laws into their hands by planning revenge, we should trust the security agenies to give us justice according to the law.”

It was also gathered that there is heavy tension in Jos South, particularly around Quater village, where the bodies of four Fulani people killed earlier in the month were discovered.

A reliable source said: “The first victim, Zakariya Aliyu Ardo, was allegedly killed on September 10 and his body was recovered on September 19. He was a Fulani herdsman.

“The second victim, Aminu Adam Angara, was killed on September 16 and his body recovered the next day; he sold cow milk.

The third victim, Aisha Musa, an expectant mother, was killed on September 16 and her body was recovered the next day; she sold cow milk in Bukuru. The fourth victim, Daniel Manga, was killed while riding his motorcycle.

“The bodies were discovered in a shallow grave through the efforts of the vigilance group and the district head of Gyel. These discoveries are responsible for the renewed tension and fear of Fulani attack.”

But Nuru said he would not encourage any Fulani to take the law into his hands.

“I know the efforts made by the Plateau State government to end these conflicts, but some criminals are bent on frustrating it. So I appeal to my Fulani people to respect the government and remain calm.”

Spokesman of OPSH Major Adam Umar said the task force would contain any threat to peace.

“Since we are investigating these issues, it is not advisable to anyone to take law into his hands,” he said.

BBNAIJA: Do we Get The Implication?- Actress Joke Silva as The Qustioned Mercy Actions.

Violette - November 11, 2019 0
Nollywood actress Joke Silva has shown fans and followers how disappointed she felt towards the appearance of bbnaija winner and queen Mercy Eke through...

Violette - November 14, 2020 0
Award-winning singer, David Adeleke, better known as Davido, has revealed that the parents of his fiancée, Chioma Rowland, were victims of cyber bullying when...

Violette - July 1, 2020 0
One of the popular Nigerian model, Sandra is celebrating birthday in grand style. Journey around the sun on earth is not an easy task especially...