Home News “They Hate My Amvca Dress Because It Didn’t Show My Breasts” –... 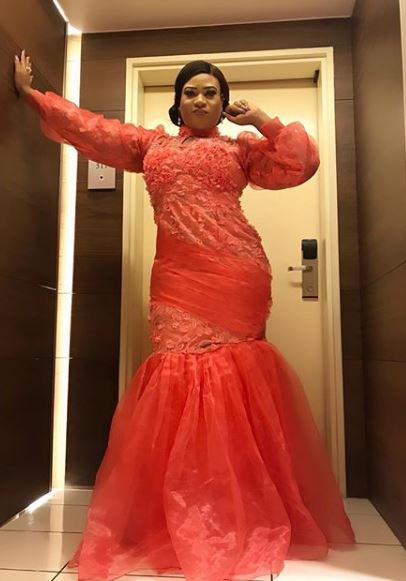 Nollywood actress Nkechi Blessing has slammed haters who criticized the dress she wore to the just concluded AMVCA which held in Lagos last week.

According to the actress, the reason why people say they dislike the dress is because it didn’t reveal sensitive part of her body. 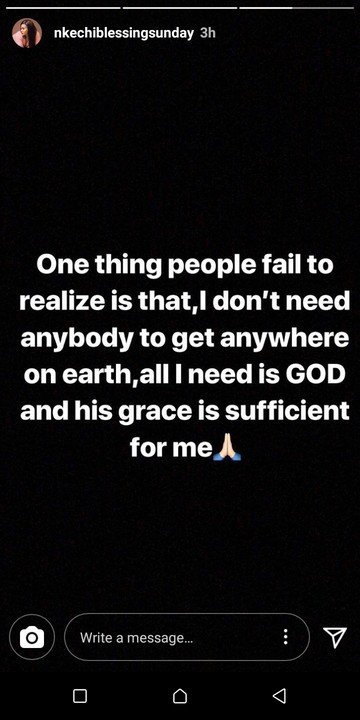 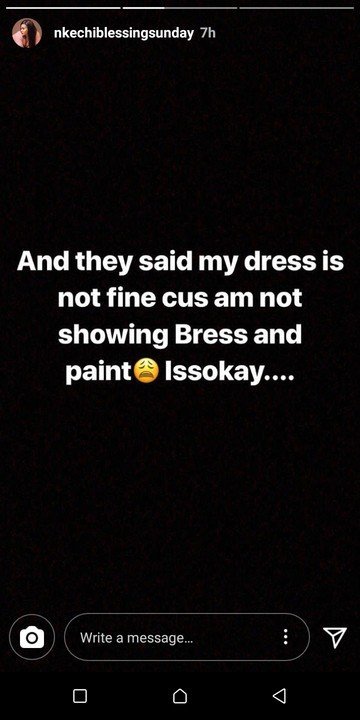 In a recent interview, Nkechi Blessing revealed that she can give up acting for marriage. Speaking with Sunday Scoop, she said, “I can stop acting for my man so as to secure my future.”

Blessing Sunday said this in the context of failed celebrity marriages which she attributed to a lack of understanding and trust between the couples. “I think it’s because some of the people involved don’t have enough understanding. I usually tell people to try as much as possible to get married to their best friends. It is important that you get married to a man that trusts you because once there is trust, it is very likely that the marriage would last. If, for instance, the person I want to get married to says I must stop acting before we can become man and wife, then I would obviously have to discontinue the profession”, she said.