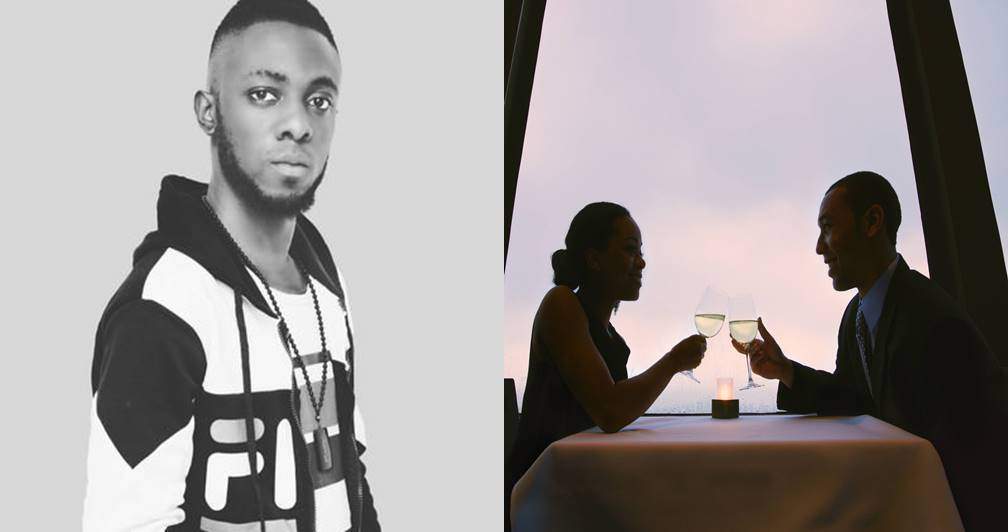 A man was shocked after a woman paid for his meal when they went on a date and he took to Twitter to talk about it.
The young man said his cousin had a date with the woman and he tagged along. When the woman suggested that they go to KFC, he said he whispered to his cousin asking him if he had his ATM because they were bound to spend money.

Read his tweets below 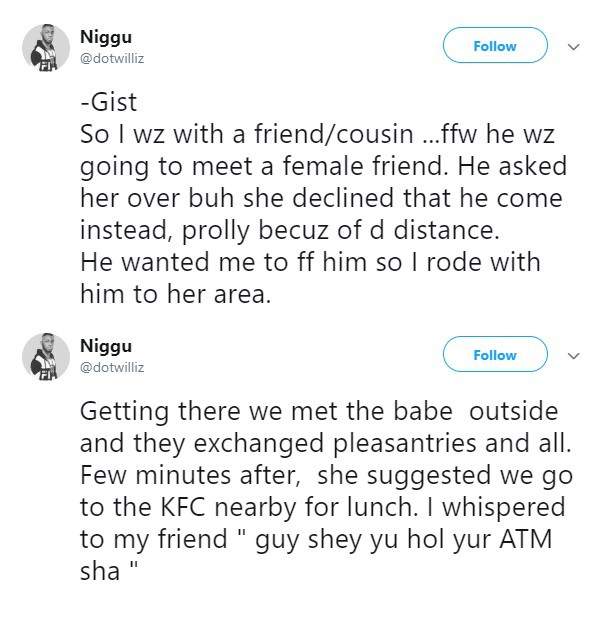 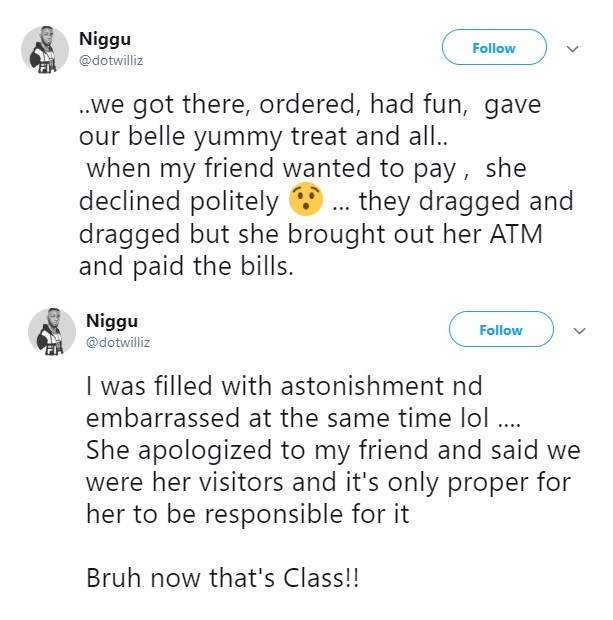