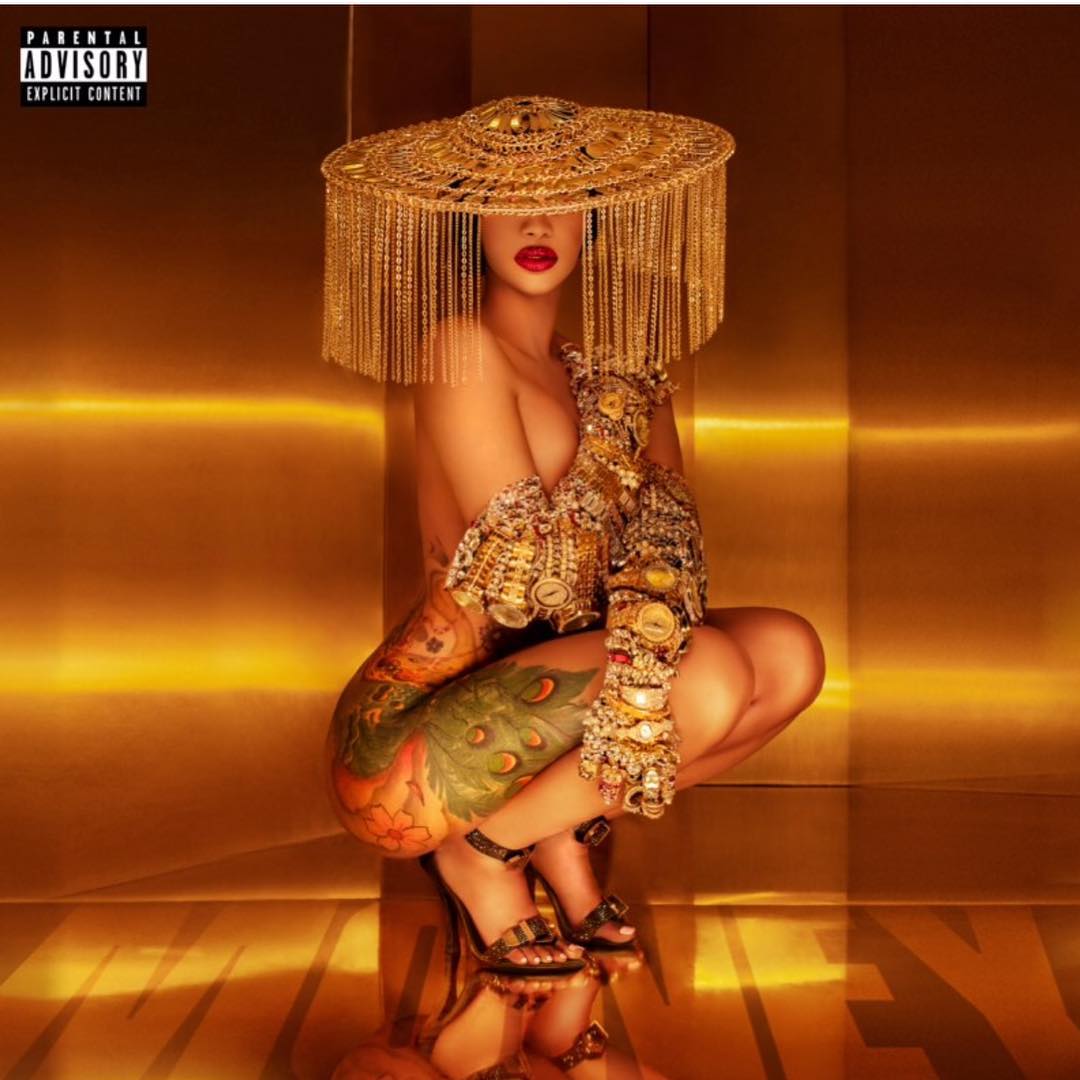 The Bronx Rapper is back in the game , since releasing her Debt album back in April this year, which went ahead and smashed all records for a female Rap Album and even created new records.

Cardi also gave birth to her first daughter some months after her Album dropped, her new single Money set to be released on Thursday, October 25th the singer confirmed on Instagram. The set time for the release will be at 12:30 p.m. ET.

With Offset notching an appearance at No. 2 on this week’s Billboard Hot 100, thanks to his feature on Kodak Black’s “Zeze,” Cardi B decided to celebrate the pair of top spots being a family affair. 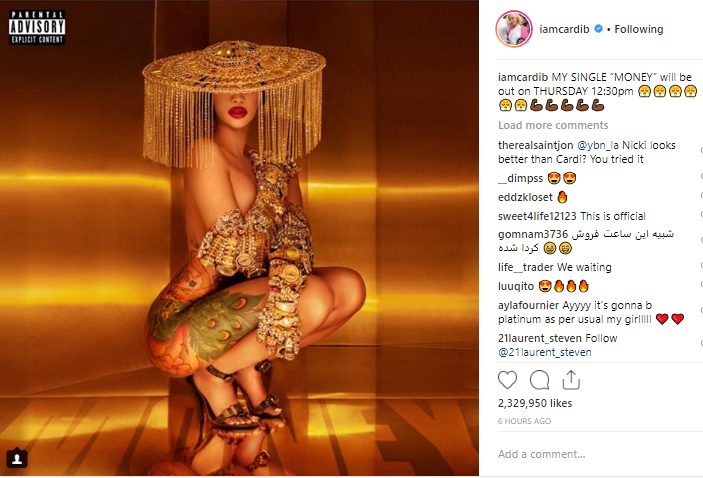 In an Instagram post on Monday (Oct. 22), the Bronx native flexed that her new single is coming later this week and her husband’s album is coming soon.

Last week (Oct. 17), in a since-deleted Instagram post taking aim at TMZ, Cardi B teased that the title of her forthcoming single will be “Money.” “Btw in REAL news my single ‘Money’ drops OCTOBER 26,” the 26-year-old said.

The single is slated to arrive just days prior to Cardi taking the stage at Powerhouse 2018 in NYC.

Following the release of Quavo’s Quavo Huncho album, the 27-year-old Migos member hinted at solo albums being on the way from Offset and Takeoff at the turn of the year during recent interviews. Earlier in October, Takeoff’s mother said her son is next up in the line of solo projects from the rest of the Migos.