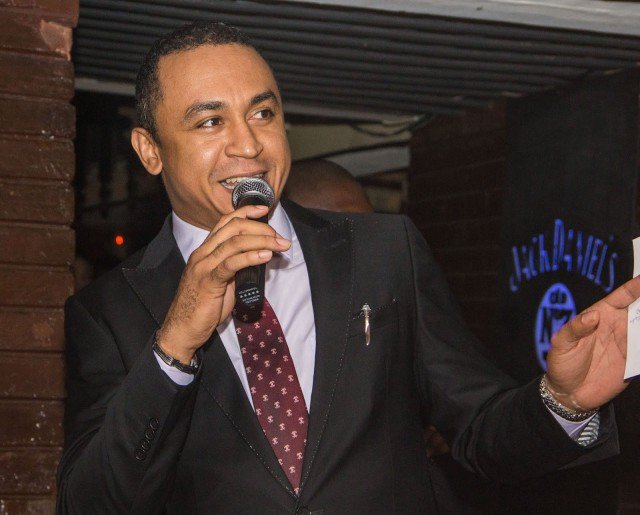 Controversy circulating around the absence of the bride’s mom at Pastor Chris Oyakhilome’s daughter’s wedding seem to be on an uprise as singer Nathaniel and OAP Daddy Freeze clash. 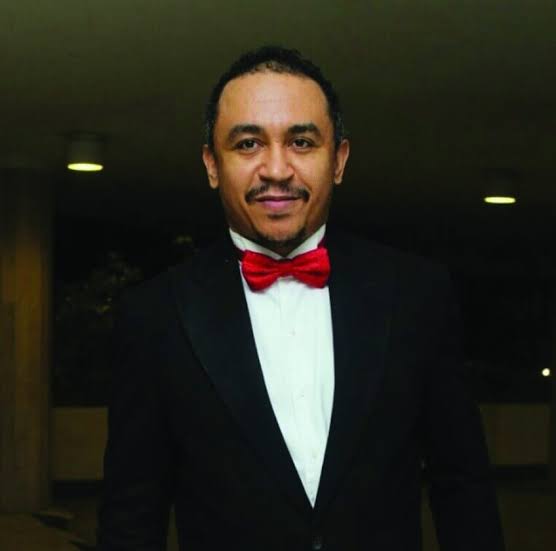 The wedding which took place on Saturday the 6th of October 2018, saw Sharon Oyakhilome wed her Ghanaian boo, Phillip in a prestigeous wedding and a fan could not help noticing the absence of the brides mom, Anita.

Singer, Nathaniel Bassey in replying the fan, advised the fan to focus more on praying for the restoration of Pastor Chris and his wife’s broken marriage and Daddy freeze did not like his manner of advise as he writes to react to the singer’s reply.

Please do not take my words as insults, that’s not my intention.

But it seems you don’t understand what Christianity means. It’s not your fault though, when perhaps all your life you listened to pulpit lies from deluded people who renamed their village shrines and traditions ‘Christianity’, how will you have proper understanding?

The Jesus that you are praying to, why didn’t he heal the marriage of the Samaritan woman at the well in John chapter 4?

Let’s examine this critically o…. Oyahkhilome’s first marriage failed and you are praying to Jesus, the Samaritan woman was on her sixth man, after FIVE FAILED MARRIAGES and JESUS NEVER TOLD HER TO FIX HER MARRIAGE O!

We all have copies of the Bible, so if you have any contrasting views, kindly show me biblical evidence of where Jesus told her to go fix her marriage or prayed for her dead marriage to work!

Jesus NEVER condemned her or prayed for her to go back to her first marriage, HE OFFERED HER LIVING WATER!

This world will be better off if we stopped all this pretentiousness and started offering people living water like Jesus did, instead of praying for people who are probably better off without each other, to come back together IN SUFFERING again.

Do you know how many people have had their lives destroyed because they were forced to remain in, or return to dead marriages by pastors? Murder, suicide and depression are some of the many consequences.

If Jesus did not pray for a Samaritan woman’s marriage to be healed, despite meeting her in person, one on one, let’s stop dragging him into Nigerian marriage issues and focus on the message of salvation which most of you have almost totally ignored.

Do have yourself a blessed day, once again I meant no harm, it’s just that the Christianity practiced today is more than 99% lies, thus making it impossible for us to revert to the truth and spirit Christ spoke about, unless we are willing to unlearn and relearn, thereby destroying the delusions first! ~FRZ”