Home News “God punish u ! See u in court bitch”- Davido reacts to... 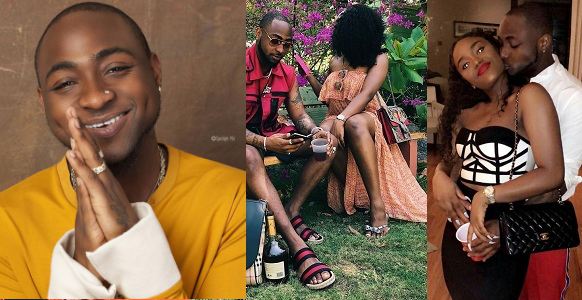 The Nwa baby singer is really having a tough time right now ,as his relationship with his Assurance Lover chioma hits the rock.

Yesterday Kemi Olunloyo broke the news that Davido’s girlfriend, Chioma has ended her relationship with the singer.

According to an update by The Cable, Davido allegedly impregnated another lady, this apparently, is the reason for their alleged breakup.

Well, the superstar has reacted. He took to Twitter, where he tweeted that he would sue them to court. He wrote; “God punish u ! See u in court bitch”

See the exchange below; 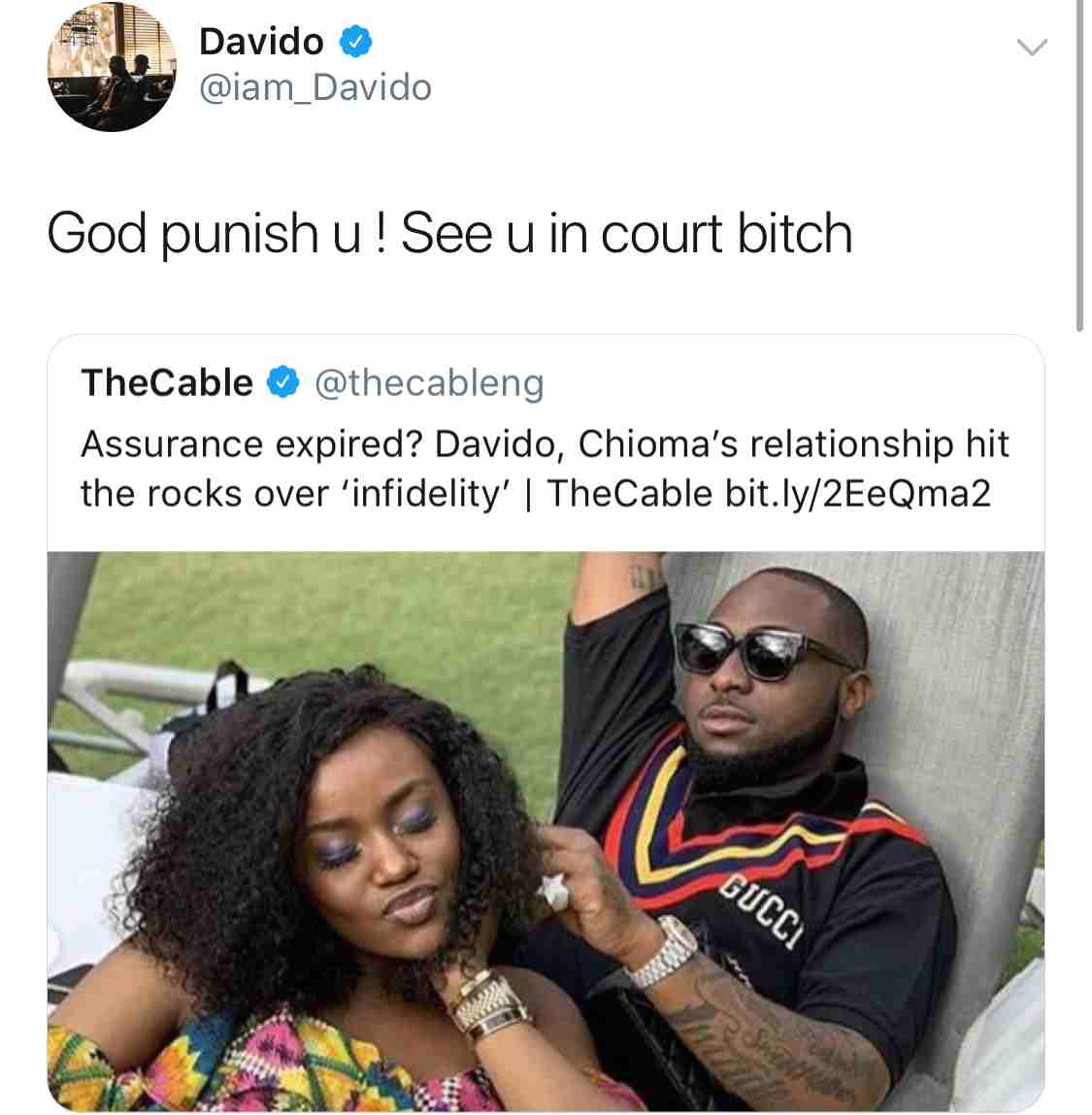