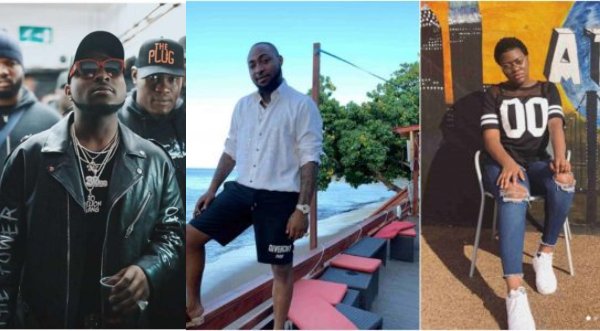 Earlier today, it was reported that Nigerian singer, Davido was called out by a teenager who alleged that he slid into her DM to call her call her “Fat, Broke and Ugly”.

The teenager identified as Abisade, had claimed that she replied a comment the singer made on Cardi B’s post. According to her, Cardi B had posted the video of a girl rapping and the Nigerian singer comment with a fire emoji to which she replied saying:

That is what you get when you write your own songs

Angered by the comment, Davido turned up in her DM to bully her.  The girl who shared a screenshot of her chat with Davido,  wrote;

Just to show y’all what your favorite say to a young teenager like me you can decide to believe or not but I don’t have all that time. I am broke so #davidopaytuiton period ? #signmeupforgym #iamconfident with my beauty. What are you mad for you can tag him I don’t care @davido_dmwhq that what ur man is out here doing @thechefchi calling a 17 year old broke how am I supposed to be rich ? like he got time time to click and go in my dm wow

However Davido has now backtracked on his move and has further promised to help the girl. He wrote;

I’ll pay, make I unblock so you can send your AZA, just school not gym