Home News Davido’s babymama, Sophia, laughs off a suitor with an intimidating CV 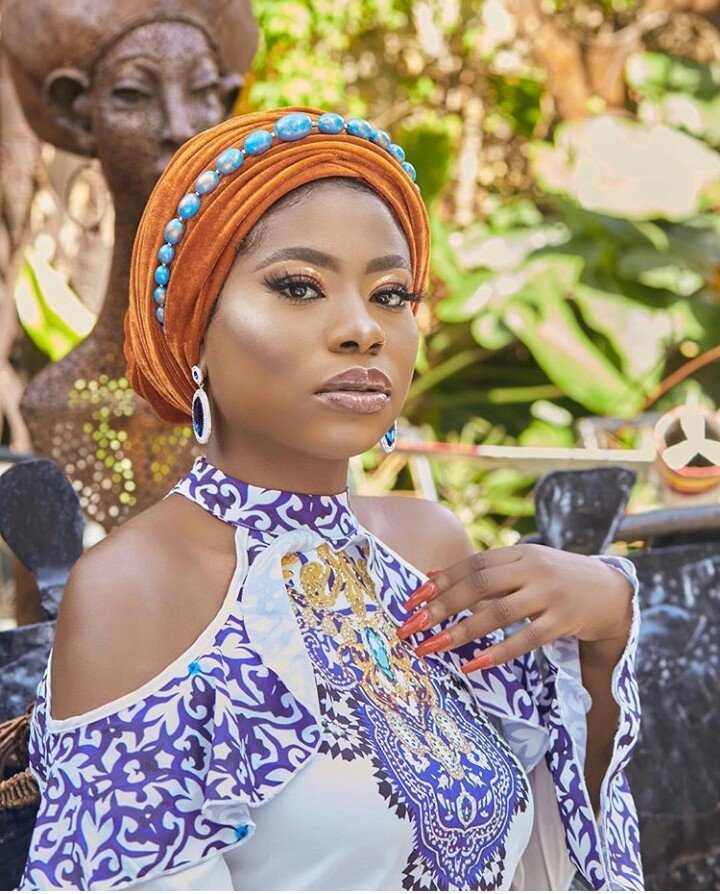 Davido’s baby mama Sophia Momodu, shares a chat on her snap from a man trying to ask her out.

According to the chat shared, Sophia has been ignoring his proposal of friendship because he is not a top personality .

The young man who identified himself as a ‘welding engineer’ with a diploma based in Holland expressed his love forbher saying;

“Someone like me is here to treat you well and give u love”.

Meanwhile Sophia shared the post with an imoji laughing at the young man, she equally captioned it as ‘trips!’.

the guy off by putting up an Emoji with a laughing face. 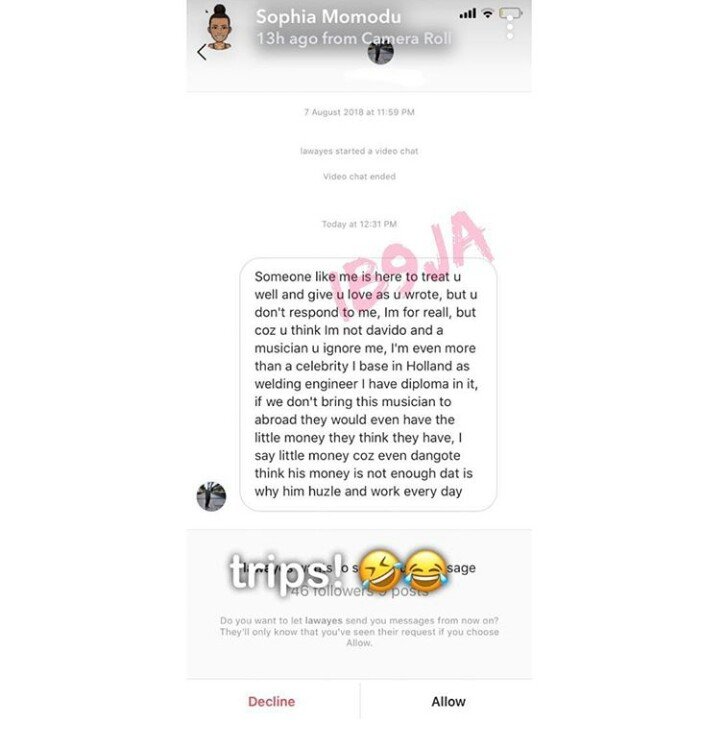