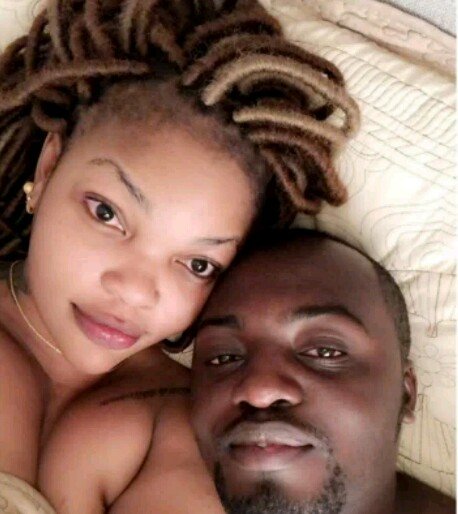 Diamond Platnumz’s ex-girlfriend, Wema Sepetu whose relationship with the singer packed up after they dated for several years, took to social media to share a raunchy photo with a man in bed.

Social media users who reacted to the raunchy photo Wema Sepetu shared on Instagram, insinuated that the photo was taken after she had sex with the mystery man.

Though the actress captioned the photo: “my future husband”, however it should be noted that this is not the first time she will be posting raunchy photos of herself and her lovers in bed.

Wema Sepetu made headlines few months ago, after she revealed that she prefers a man who can beat her up her once in a while as a way of disciplining her when she is on the wrong.

The 29-year-old made the remarks while attending her manager Neema Ndepanya’s birthday party in Salasala, Dar es Salam.

Asked what qualities she looks for in man before deciding to date a man, Wema firmly said she would not like to reside with a man her whole life, without the man ever beating her up even once.