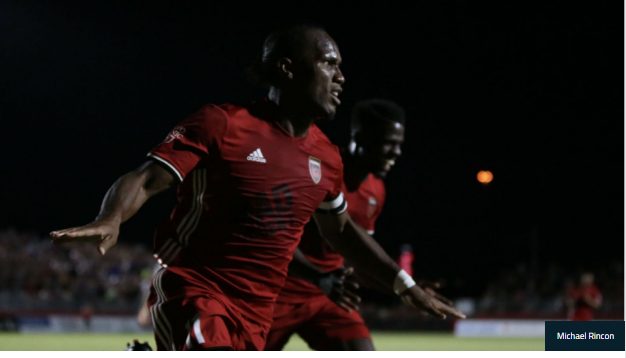 Phoenix topped Portland Timbers II 3-0 on Friday night in the first round of the USL postseason.

It was Drogba’s stunning set piece that opened the scoring in the 28th minute, giving Phoenix the first-half advantage at home.

Stationed well away from goal, the former Chelsea star unleashed a rocket of a free kick that smashed off the goalkeeper and in to give Phoenix the 1-0 lead.

Drogba ended up playing 71 minutes before being substituted out of the match for Gladson Awako as Phoenix held on for the victory in what could have been Drogba’s final match with the club.

The 40-year-old Ivorian star joined the club as a player and part owner in 2017 following a year-and-a-half stint with the Montreal Impact as the club looked to push on as an MLS expansion candidate.

He scored 10 goals in 14 games in his debut season before scoring five goals in nine games this campaign.

The forward is in what he says is his last season before retirement as he looks to lead the club through the USL postseason to close his career.

“I think, in many ways, life is taking me back to where I started. To a time before people knew me,” he recently wrote ahead of the playoffs.

“It wasn’t that long ago that I was a young kid, walking around in France. No one recognized me. No one knew who I was.

“And now, when I look around the locker room at my teammates, that’s who I see. Young versions of myself. I was once them.

“I joke with people that they need to give me the cup, so I can retire in peace,” he added. “And that if I don’t get it, I’ll come back.

“But the truth is, this is my last season. And now the playoffs are here. That cup that (Berke Bakay, the Governor of Rising FC) texted me a photo of years ago is within sight.

“Maybe we win. Maybe we don’t. God will decide that.”

Next up for Drogba and Phoenix is a match against Sacramento Republic or Swope Park Rangers.