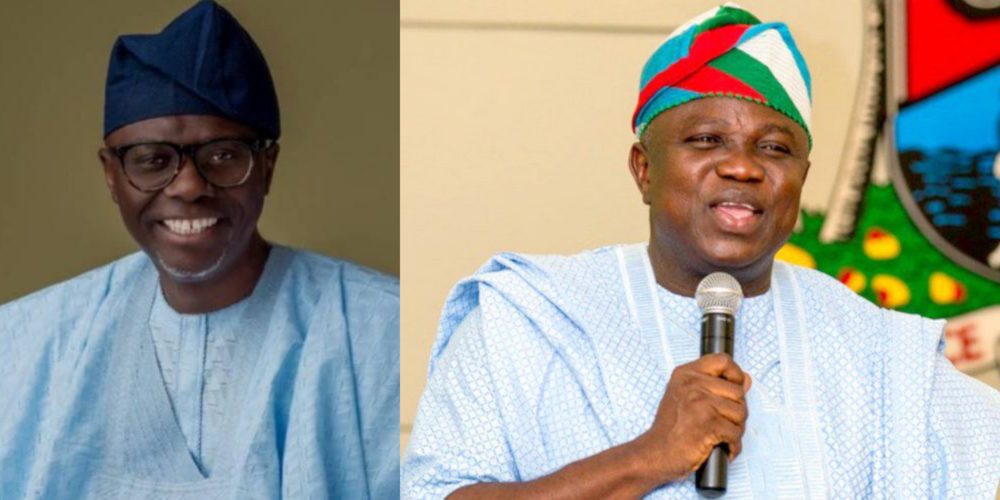 Governor Akinwunmi Ambode has accepted the results of the highly controversial Lagos State APC Primaries he lost with over 800,000 votes.

Akinwunmi Ambode, incumbent Governor of Lagos State, has accepted defeat in his efforts to become the candidate of the All Progressives Congress (APC) in the 2019 governorship election in the state.

He has congratulated the winner of the APC primaries in the state, Babajide Sanwo-Olu.

Ambode made the announcement on Wednesday during a very brief media address broadcast by Lagos Television.

Read his full statement below: 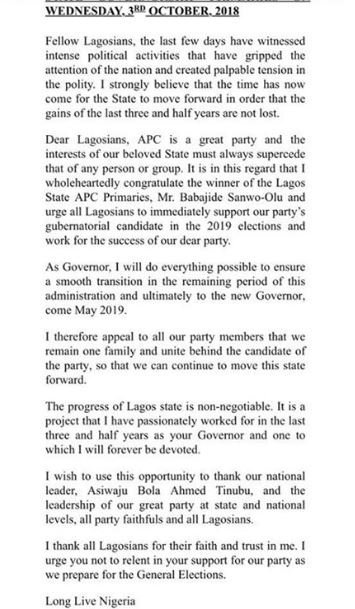 Violette - December 30, 2020 0
Nigeria music star Wizkid has continue his dominance in the music industry as his album 'Made In Lagos' bags another huge recognition. Wizkid have been...

Omah Lay and Tems finally arrive in Nigeria days after being released in Uganda...

Violette - December 17, 2020 0
Fast-rising Nigerian singers Tems and Omah Lay have finally arrive in Nigeria following some devastating days in Uganda that saw them arrested and detained. It...

BBNAIJA: Plastic Melts- Tacha As She Dazzles In New Photo

Violette - November 18, 2019 0
The shades continue coming from bbnaija controversial contestant Tacha as she uploads a beautiful picture of her self on her timeline and captioned it...

Violette - August 13, 2021 0
Multiple award-winning Canadian singer and songwriter, Justin Bieber has been featured in the remix of WizKid's hit single 'Essence'. 'Essence' is a single off WizKid's...