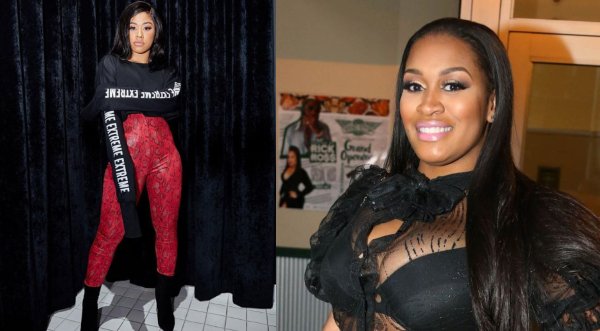 Hennessy Carolina, who won’t sit and watch her sister get disrespected by security expert Rah Ali, who fought on Nicki Minaj’s behalf at New York Fashion Week party, has fired back at her for mentioning Cardi B’s  in her podcast.

However replying her, Rah Ali wrote;

“Keep playing with you dumb b**ch and Ima RAG YOU like I did your sister.”

“I’m not scared of none of you water buffalo built ass b**ches. You knew better than to write that sh8t that’s why you deleted it!! Save that bully shit for IG and pop the f*ck out in real life.”

Rah Ali fired back by writing;

“I didn’t delete anything and you know that it’s very much still there unless you deleted it. I don’t have time to play on this Internet with you, you seen ya big sis when she got home. You know whats up. You next.” Ali appeared to be referencing when Nicki Minaj and Cardi got into a fight and there was a knot on Cardi’s forehead.

The two continued on their drag post, with Hennessy getting the last word by saying, “Let’s cross paths now!” She also wrote;

Ya asking why I’m beefing with a fan base but ya not asking why someone with so much influence would use their influence to manipulate their fans to spread so much negativity and hate! She leaked my sisters number to her fan pages the same shit she did to Mariah Lynn.It’s easy for y’all to ask me why I’m bothered, why I care so much! But not one of you are waking up to death threats every day, made up stories that could effect my REAL life and my REAL relationships! Imagine if this was your infant child, imagine if this was your sister or ya mother! Who with a real heart and real fuckin feelings is going to continue to let a group of people harass them!! If you wouldn’t defend yourself or ya family cool but not me!! Not NEVER! 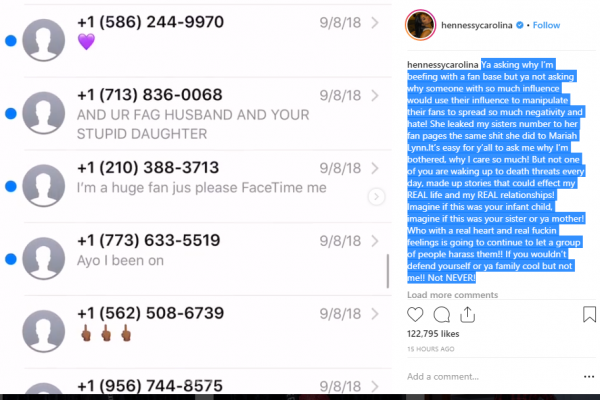 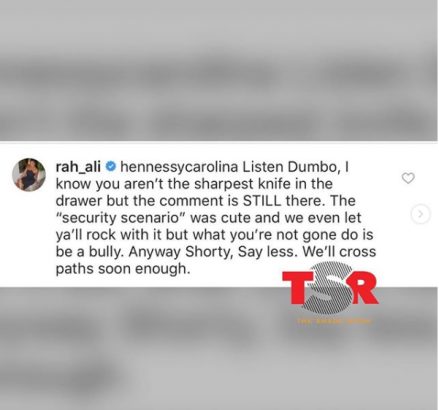 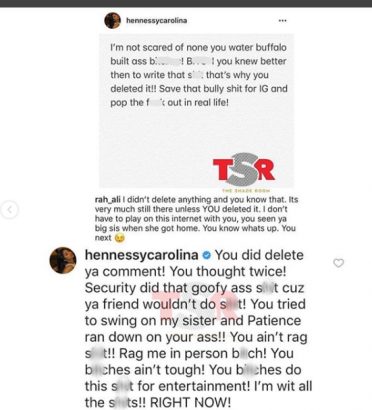