Home News Politics #LagosAPCPrimaries: Ambode has done well as governor but he’s not a good... 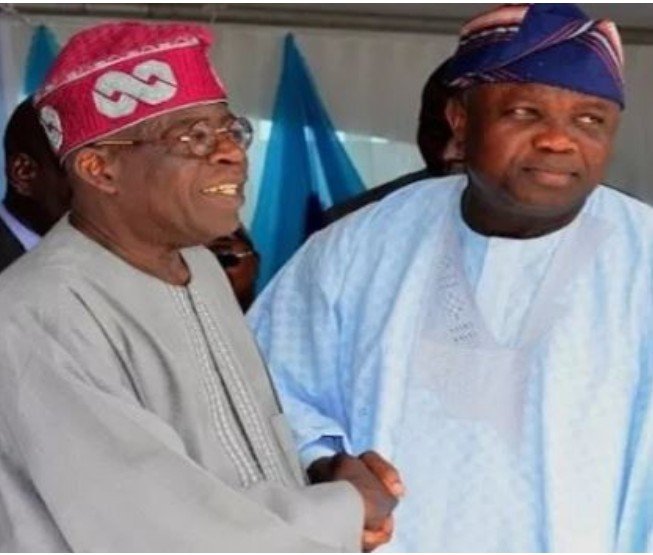 Today, the national leader of the All Progressives Congress, Asiwaju Bola Tinubu, said that though Lagos State Governor Akinwunmi Ambode has done well in office, he has not been a good party man.

For this reason, Tinubu said, the party has decided to withdraw support for the governor who wished to go for a second term. He stressed that the decision to abandon Ambode for Babajide Sanwo-Olu was beyond him, adding that he was only doing the wishes of the party, which had entrusted him with its leadership.

Tinubu spoke with journalists at Ward C, Ikeja Local Government Area, after the conclusion of voting in the Lagos APC governorship primary.

“Who did I support in 2014? Ambode. Life is dynamic. It’s those who made me the leader of the structure in Lagos who said it was what they want. It’s only if you have followers that you’re a leader in democracy.

If I look back and I don’t find them again; if I don’t respond to them, if I fail to accede to their request, I would have failed the leadership test. This is not personal; it is beyond me as a person. Every democratic constitution is preceded by ‘We, the people’.

So, I had to submit myself to the wishes and the yearnings of our party. This is an elixir for the general election. Ambode Akin, he’s doing well, yes; he hasn’t been a good party man; not only the glamour, not only about brick and mortal.

A talent is determined by character. For you to become an influential person, you have to respond to the yearnings of the people. This is politics; democracy, one man, one vote.”

Tinubu dismissed the suggestion that the development in Lagos State could negatively affect the fortune of the party at the national level in 2019. He also described the direct primary as the best, saying it had helped to eliminate intra-party corruption.

“You are so Selfish”, So You choose memories over competency” – Nigerians call out Jide Kosoko as he reveals why he supports Tinubu

I can bet any amount of money, Tinubu does not have certificates – Bode George (video)

Tinubu was never indicted over the matter – Sanwo-Olu’s aide defends Jagaban after Bloomberg article alleging that US accused him of laundering proceeds of...