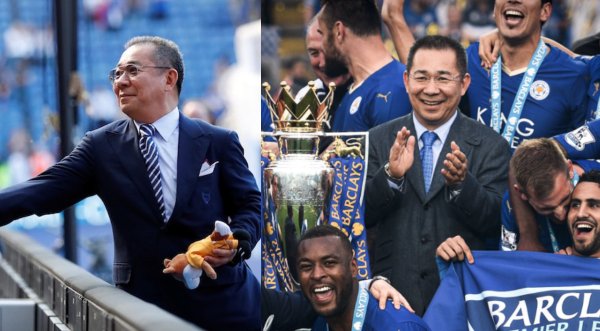 Leicester City FC has confirmed its owner’s death, in a helicopter crash on Saturday near the club’s stadium in Leicester, England.

Thai billionaire Vichai Srivaddhanaprabha, was one of five people on board the aircraft when it burst into flames after crashing in a parking lot next to King Power Stadium, the club said. No one on board survived.

“It is with the deepest regret and a collective broken heart that we confirm our chairman, Vichai Srivaddhanaprabha, was among those to have tragically lost their lives on Saturday evening when a helicopter carrying him and four other people crashed outside King Power Stadium.” 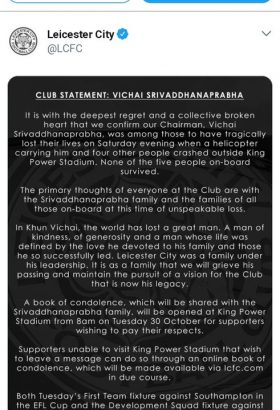 The club’s owner was further described as a “a man of kindness, of generosity and a man whose life was defined by the love he devoted to his family and those he so successfully led.”

Leicester City also confirmed that a book of condolences, will be opened at the King Power Stadium starting at 8 a.m. on Tuesday, October 30.