The Berry Pon this one singer has arrived Uganda to go work with Kanye West’s sound Engineer as He look to complete work on his 9th studio album in Africa.

According to Lailasnews, Maleek Berry has been posting photos of himself at a resort in the East African country and seem to be having so much fun.

He gave an indication of possible works with Kanye West when he posted a photo with a man te tagged as Kanye West’s engineer.

Kanye West and his family also arrived in the country some days back and he was seen in a video dancing to the tunes of some Nigerian songs.

If you recollect, Kanye West, who now prefers to be called Ye, stated that he would be travelling to Africa to complete the recordings of his album. He didn’t state the country he would travel to and most of his fans speculated he could either come down to Nigeria or South Africa.

He shook the world by making Uganda his destination and it seems the Nigerian factor is not yet out of the picture as Maleek Berry is considered to be one of the best producers in the country at the moment. 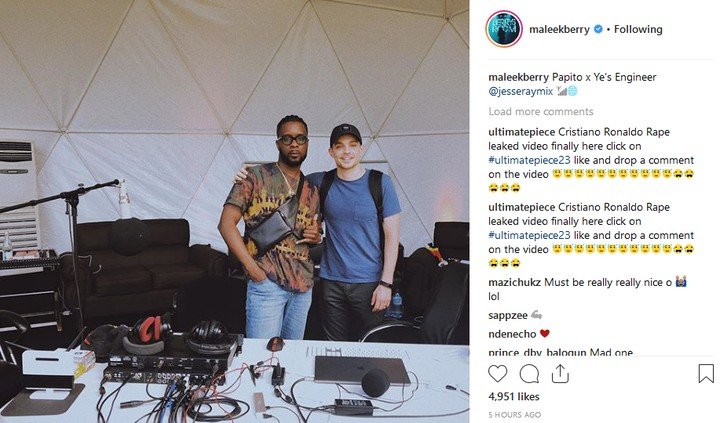 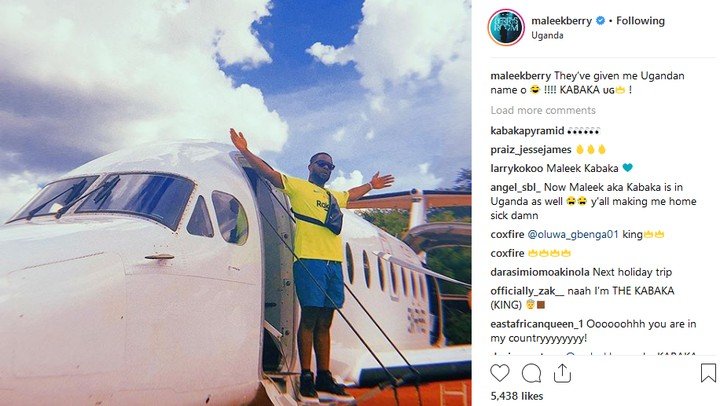 Violette - July 1, 2020 0
There is no stopping for this beautiful Ciara from staying fit and healthy all through pregnancy period. The song writer and singer took to her...

Violette - December 11, 2019 0
Controversial singer and songwriter, Azeez Fashola popularly known as Naira Marley is the celebrity that trended most this year, according to Google. This was revealed...

“I Need a Manager” – Singer Tekno cries Out Years After He Left MMG...

Violette - November 10, 2019 0
Nigeria singer and songwriter, Tekno has make a shocking statement which concerns the progress of his musical career. Tekno who has been without a manager...

Britney Spears Teases She is ready to marry Charlie Ebersol

Johnson Olumide - February 17, 2020 0
Marco Paköeningrat The 33-year-old singer - who was previously wed to Kevin Federline for just over 2 years and had a marriage to mythical being...

Johnson Olumide - February 17, 2020 0
Reality Tv Star, Khloe Kardashian sometimes last week released racy photos of her in a photoshoot she did while holidaying in St. Barth. she has added more new...