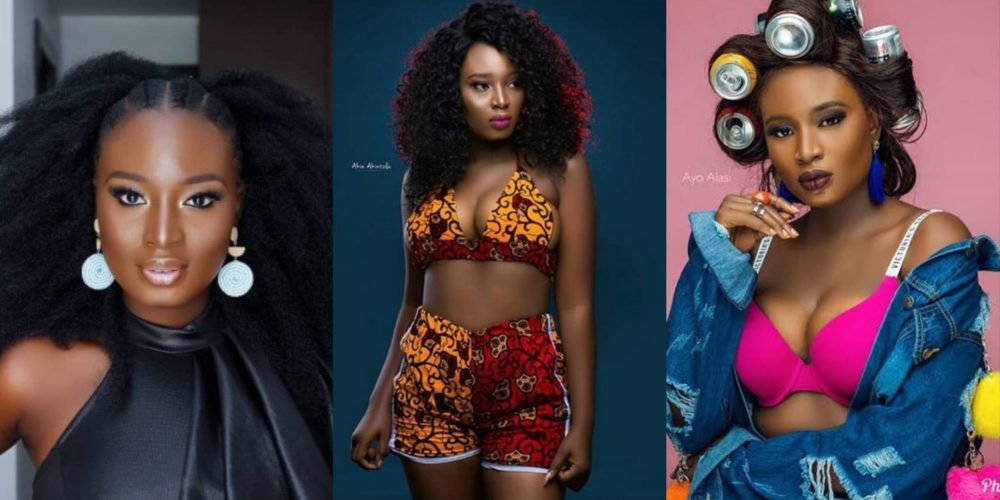 Oyebade Adebimpe is an up-and-coming actress and a professional model who is gradually shooting into limelight. In this interview with Ghaniyah Olowoyo, she revealed how lucrative her modelling work is. 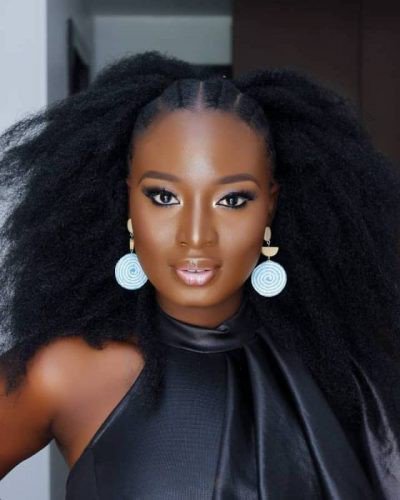 How did the idea of acting begin for you?

I got in through auditioning. I was serving then. I was a model at that time, I started modelling from school. After school I became a professional model, a full time one.

So I saw this broadcast message requesting for an auditioning and that the producer would even prefer the role to be played by a model, a dark one; the description, everything just fitted me.

So I thought I’d give it a trial. When they said I should come, I was in Benin, I was still serving so there was no time. I later got a message that we could do a video and send it across via email.

That was when I tried my luck and about one or two weeks later, I think, I was contacted and that was it. I was picked for “Agbede meji” by Yomi Fabiyi. He made me the lead actress, I played it alongside Gabriel Afolayan and the rest is history. That was how it started.

How’s the journey so far? The challenges and achievements?

Most of the times, I’ll be in the location for two weeks without even going to my house. You have to be ready to give it your all. And speaking of achievements, I’ve been able to feature in movies, back to back.

I have received awards, I have been nominated and I have received three awards and I still have like three nominations right now. I have shot three movies of my own, I just got off my last set about one week ago.

My first production was “Dear Sister,” the second one is “Entrapped,” which is coming out next Monday. It has Odunlade Adekola, Mercy Aigbe, Taiwo Hassan (Ogogo), Lateef Adedimeji, and others; it’s a big one coming out on Monday.

Then, “07-07,” I just shot it and hopefully, it will be out soon. I am still going to work on other scripts before the end of the year. It’s been less than a year that I started, so I feel it’s a huge achievement.

Could you say something about your modelling career…

I have always loved modelling. It’s something I’ve loved right from my childhood. I started through pageantry, back then in school. You know, you just get to contest for this or that.

I contested for Miss Culture then and I won. I got a manager then, I was just doing it as a pastime in school. After school, I relocated to Lagos and joined an Agency, G&A models, Africa and I started getting jobs. I’m still into modelling, I’m a commercial model. I model for brands.

I shot a commercial for House of Tara, it’s a big one but it’s not out yet. Kemi Adetiba directed it. So, I’m still into modelling. I just don’t have time for it as much as I used to.

How did your parents react to your choice of career?

They are always very supportive. Right from my school days, when I started modelling, they were supportive of my choice. They allow me to do whatever I want to do, so long as it makes me happy. I am grateful to them.

Between modelling and acting which one do you think pays more?

Which of the two professions do you find more challenging and does one get in the way of the other?

And yes, they do get in the way of each other a lot of times. I have had appointments that I’ll say we can shoot on so and so date and I’ll be on a movie set. I won’t even remember that I gave them that date.

They will have to start calling me to remind me of call time and I’ll be so shocked. And it can be a problem. Sometimes I have to return their money, sometimes I’ll beg them to postpone.

Acting requires a lot of work, it’s time-consuming. You have to be there. And as an up-and-coming actor, when they call you, you don’t want to disappoint.

How have you been able to handle advances from men?

Definitely, they will come. It is expected. It has been like that since I became a woman. We, women, know how to handle such things.

On social media, they just come popping into your direct message (dm) or your email or Facebook or other platforms. It’s your decision to reply or ignore. Most times, I just try as much as possible to handle it with maturity. You know, no matter what, these people are still my fans so I can’t be rude them. So it’s really not a problem, it’s just normal.

Which part of your body do you regard as your major selling point?

That will be my face. As a model, God has helped me by giving me this face. You know, the face includes the eyeballs, the nose and the lips. My complexion has helped me a lot.

Has your skin colour ever been a form of hindrance to you?

No. Not at all. I got “Agbede Meji” role because I was dark. I have got scripts where the director will prefer me for some roles because of my dark skin.

I don’t know why people feel there should be discrimination based on skin colour. I have not experienced it before. Contrary to popular belief, where some people say because they like fair girls, that’s why everyone started bleaching. I have heard that a lot and I’ve seen people approach me to ask how I do it with my dark skin.

I’ll be like, is being dark a crime? But I don’t blame them, because I think it’s all because of their experiences. I have not had that kind of experience. I think what has even brought me this far is God and my skin colour that has been a blessing to my career.

Do you have a role model in the industry? Anyone you wish you could work with in future?

Yes. Genevieve Nnaji and Omotola Jalade-Ekeinde. And in the Yoruba movies, I’ve worked with people that I love like Aunty Fathia Balogun. I’ve worked with Opeyemi Aiyeola and Toyin Abraham, she was in my first feature, “Agbede Meji” I really like her. I’ve acted a few English movies but they’re not out yet.

Are you in any relationship?

No. Later hopefully and by God’s grace. The most important thing now is the career because it’s just new and I’m still working hard to build my brand.

What’s the most embarrassing experience you’ve had in your career?

You know, I really don’t read my dm especially when I figure that the person is up to no good. I know that some men can be very nasty, especially when they see that you’re an actor, you’re a lady and a model. You have to be able to ignore, so you don’t get tempted to insult your lovers.