Home News Simi was pestering Don Jazzy to listen to her mixtape 4 years... 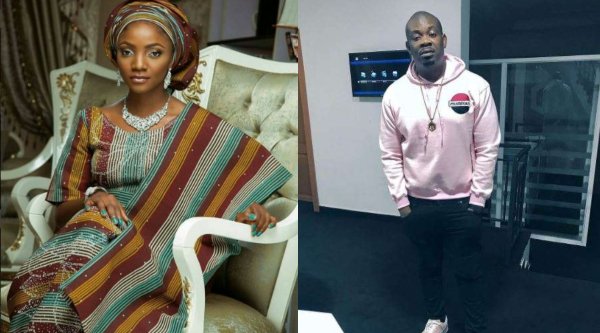 Nigerian songstress, Simi who is now a known brand across Africa and beyond was once begging Don Jazzy to listen to her mixtape 4 years ago.

@Swayhop who dug up the singer’s tweet 4 years ago wrote;

Four years ago, @SympLySimi was pestering @DONJAZZY to listen to her first mixtape. She worked even harder and now she’s one of the best female artistes in Africa. #MondayMotivation

Man, the hustle is constant and God is good.

Well in 4 years, Simi has moved on from begging Don Jazzy to becoming a global brand. She came into spotlight after she released singles like: Tiff, Love Dont Care and Jamb question. She also did a collabo with Falz on his hit song”Soldier” which has continued to get massive airplay and accolades.